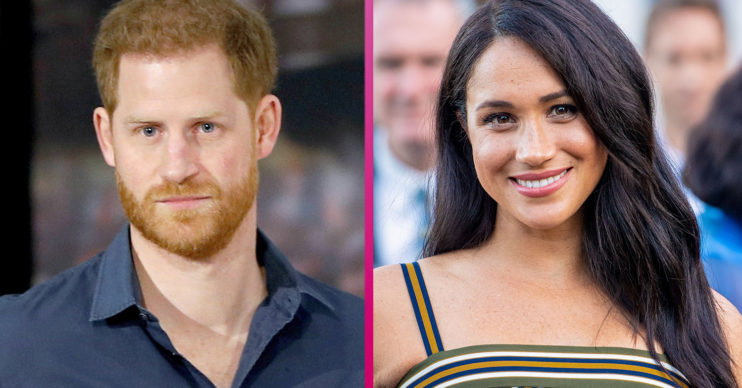 The couple are reportedly looking into TV moneymaking avenues

Meghan Markle and Prince Harry are reportedly focusing on TV production so that they can boost their income.

The Duke and Duchess of Sussex have apparently just bought an £11 million property in California and have a hefty mortgage.

What’s more, they’ve allegedly had to pause their planned public speaking careers due to lockdown.

The couple stepped down as senior royals in March and stated that they intend to make their own way financially.

A source told Vanity Fair that they see producing television shows and films as their best option.

The source said: “They have to earn a living and clearly there isn’t a market for after-dinner talking right now.

“So the public speaking is on hold for the moment and they are exploring other avenues.

“The focus is on production at the moment and I can see them making a series rather than Meghan starring in front of the camera.”

This claim comes just days after reports circulated that Meghan and Harry have pitched a documentary series inspired by Black Lives Matter.

A source told The Mirror that the show has been pitched to NBC Universal. It will focus on racial equality and feminism.

The source claimed: “It will home in on race issues, something Meghan has always been passionate about. It’s got quite a political stance and will also draw on feminism.

Meghan found fame as Rachel Zane on the US cable television series Suits.

However, during her engagement to Prince Harry interview, she said she was happy to give acting up.

She said: “I just see it as a change… It’s a new chapter, right?

“And also keep in mind I’ve been working on my show for seven years.

Since stepping down as a senior royal, Meghan has narrated the Disney nature documentary Elephants.

Prince Harry is featured in a new Netflix film about the Paralympics.

He also announced last year that he plans to produce a series on mental health with Oprah Winfrey.