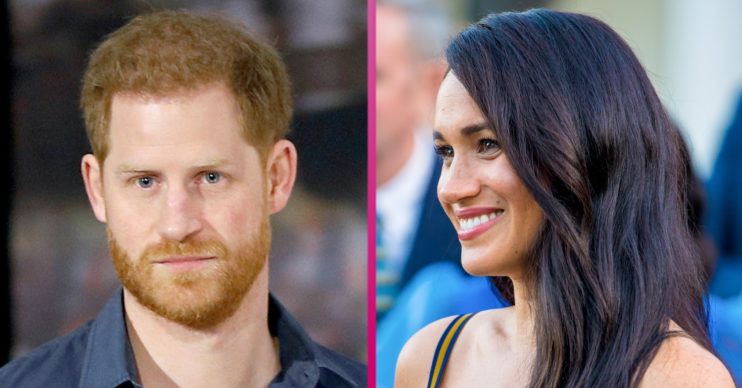 Meghan Markle and Prince Harry volunteered at a pre-school garden this week.

Here the Duke and Duchess of Sussex are said to have honoured Princess Diana by planting her favourite flower – forget-me-nots.

They visited the pre-school centre in Los Angeles on the 23rd anniversary of the Princess of Wales’ passing.

Harry and Meghan volunteered their time

But some parents shared their frustration.

They pointed out that many parents across the US are currently unable to enter schools.

Strict new coronavirus guidelines are preventing parents from going into their children’s schools.

Meanwhile, other schools are closed altogether and parents are being forced to home school their children.

Many US parents can’t enter schools due to COVID-19

One parent replied: “As a parent I would be furious.

“Not only because parents aren’t allowed to drop there kids off but somehow because of who they are.

“You allowed them plus a photographer into your school to potentially expose the children to the virus.”

Read more: Royal author claims The Queen suffered from OCD as a child

Another user ranted: “Why were they allowed to come into contact with the kids when nobody, not even their parents, are allowed inside?”

After that, a third user lamented: “So parents can’t walk their kids into school or visit their kids at school.

“Yet two strangers who have been around countless people are allowed to come into the school be around the kids?”

They also said they were glad they were bringing publicity to the charitable organisation.

One argued: “What a wonderful visit.

“A great opportunity to show them what @assistanceleagueoflosangeles is doing for the community. Bravo!”

In addition, a further user praised: “Meghan you are beautiful & thank you for all the good you are doing!”

Another said: “I love this couple. They’re the best!”

Since stepping down as senior royals this year, they have purchased an £11 million home in Montecito.

In addition to their charity work, they have also just signed a huge production deal with Netflix.