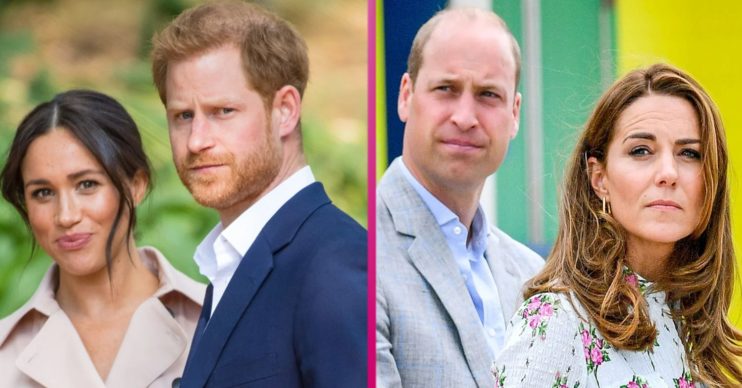 The royal couple celebrated the occasion this week

The Cambridges celebrated the milestone on Thursday 29 April – a decade on from their lavish ceremony at Westminster Abbey.

And the occasion didn’t go unnoticed by their loved ones.

According to Hello!, Duke and Duchess of Sussex sent a private message to the married pair.

Meanwhile, other members of the Royal Family publicly shared their well wishes.

The Queen wrote: “Wishing The Duke and Duchess of Cambridge a very happy wedding anniversary.

ED! has contacted Harry and Meghan’s rep for comment.

How did William and Kate celebrate their anniversary?

Marking the occasion, William and Kate reportedly enjoyed a low-key celebration at home.

Ingrid Seward told Entertainment Daily!: “I suspect they will so what most working couples will do, they’ll probably go out for a celebration or have a celebration at home.

“I would think that they’ll just have a private celebration at home.

“They’ll probably be inviting friends, they can do that.”

It’s since been reported William treated his wife to a £9,000 daisy-shaped pendant, which she is wearing in official anniversary pictures.

Meanwhile, the couple also shared an emotional family video in honour of their special day.

The video shows Kate running with Prince Louis, Princess Charlotte playing on a see-saw with her younger brother, and Prince George looking wistfully out to sea.

It really is the picture of family bliss, with Will and Kate gazing adoringly at each other during the clip.

They captioned the montage: “Thank you to everyone for the kind messages on our wedding anniversary.

“We are enormously grateful for the 10 years of support we have received in our lives as a family.”

Furthermore, it comes weeks after William and Harry reunited for the funeral of their late grandfather Prince Phillip.

Tensions between the brother have been high since Harry and Meghan made a number of accusations against the family in their Oprah Winfrey interview.