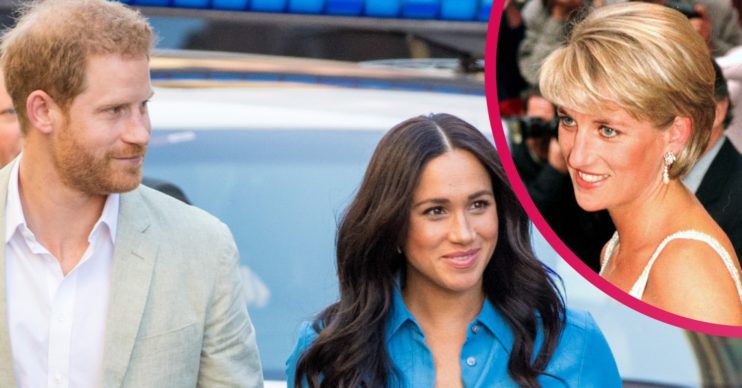 But palace insiders say this would greatly anger Prince William

Prince Harry and Meghan Markle could easily produce a documentary on Princess Diana as part of their Netflix deal, say sources.

The former royals have just signed a deal with Netflix thought to be worth at least £75 million.

And royal documentaries could be on the cards.

An insider said a documentary would feature on Diana’s life and heritage – rather than Harry and brother William’s memories of their late mother.

Harry and Meghan ‘could produce a documentary about Princess Diana’

The source told the The Mirror: “It will work as a tribute to Diana and build on all the incredible charity work she has done.

“Netflix would also love to make a documentary about Diana and it is something they have been pushing for.”

However, the source also said that this would infuriate Prince William regardless.

Will Prince William be upset?

They added: “These plans could further antagonise their fallout.”

Harry and William are believed to have fallen out when Meghan came onto the scene back in 2016.

According to Finding Freedom by Omid Scobie and Caroyln Durand, William questioned if Harry was rushing things with the former television actress.

But Harry didn’t take his concern as kindness, but rather as one of snobbery.

Harry has gone on to say that he and William are on “different paths”.

Speaking on ITV’s Harry & Meghan: An African Journey, the former senior royal said: “Being a part of this family, and the pressure that it’s under, inevitably stuff happens.

“But look, we’re brothers. We’ll always be brothers, but we’re certainly on different paths at the moment.

“We don’t see each other as much as we used to, because we’re so busy.

“But, you know, I love him dearly. And the majority of the stuff is created out of nothing.”

As for Netflix, the streaming platform will also be airing a musical about Princess Diana next year.

Originally set for Broadway, Diana: A New Musical had to be cancelled due to COVID-19.

However, it has drawn some criticism. Some have chastised it for making light entertainment out of Diana’s tragic death in 1997.

It remains unknown if Harry and Meghan’s deal will interfere with the musical’s planned release.