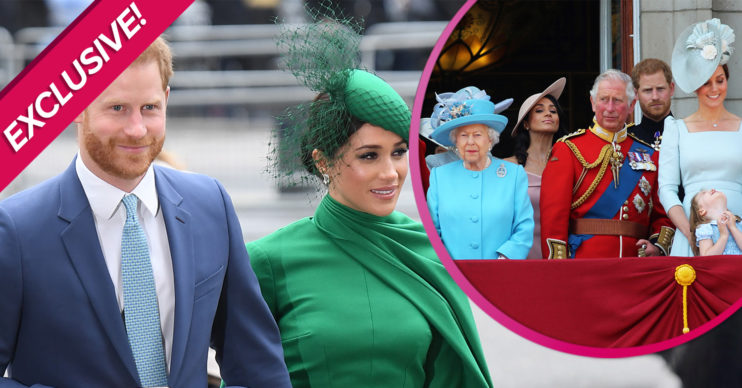 Prince Harry and Meghan anniversary: Royals ‘will be in touch regardless of personal feelings’

The couple married three years ago in St George's Chapel

The Duke and Duchess of Sussex married on May 19, 2018, in St George’s Chapel at Windsor Castle.

On Wednesday (May 18), the couple are celebrating three years married and a royal expert has said the royal family will likely be in touch regardless of “true personal feelings”.

Ingrid Seward, author of Prince Philip Revealed: A Man of His Century, told Entertainment Daily!: “I am sure they will be in touch regardless of their true personal feelings.”

However, the expert said there might not be any more from the royals since royalty usually only take notice of decade anniversaries.

Ms Seward added: “But they might make an exception in the case of Harry and Meghan.”

What’s Harry and Meghan’s relationship like with the royal family?

Harry and Meghan don’t seem to be on the greatest of terms with the royal family following their tell-all Oprah Winfrey interview in March.

They made some allegations and bombshell revelations about the royals, including one accusation that there were ‘concerns’ and ‘conversations’ within the family about how dark son Archie’s skin might be when he was born.

Meanwhile, Harry claimed he became cut off financially by his family when he and Meghan moved to Canada early last year.

He also said his father Princes Charles had stopped taking his calls when they moved.

The Duke and Duchess of Cambridge married on April 29, 2011, at Westminster Abbey.

According to Hello!, Duke and Duchess of Sussex sent a private message to the married pair.

Meanwhile, Meghan and Harry will have another reason to celebrate this year as they welcome their second child.

During their Oprah chat, the couple revealed they’re having a daughter who is expected in the “summertime”.