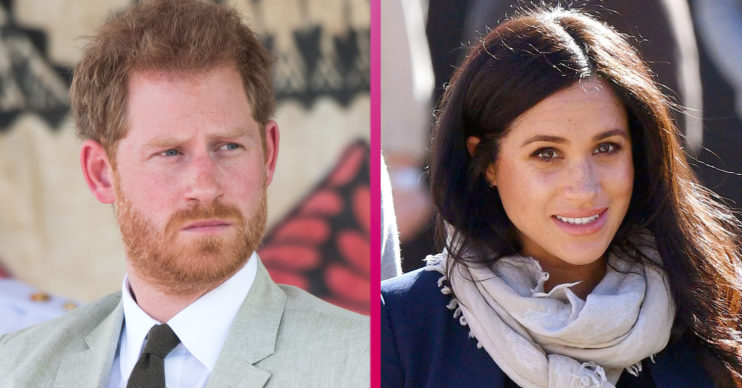 The couple enjoyed a few months of privacy before their engagement

However, back in their early days of dating, the Duke and Duchess of Sussex kept their romance very low-key and away from the media.

How did Prince Harry and Meghan Markle keep their relationship secret?

In 2016, the couple were able to enjoy dates in private.

During their engagement interview in 2017, Harry said he proposed during a “standard typical night” for them.

In addition, Meghan said it was a “cozy night” in which they were “roasting chicken”, seemingly revealing that’s how they spent a lot of nights.

Speaking about how they enjoyed months of privacy, Meghan added: “I think we were able to really have so much time just to connect…

“…and we never went longer than two weeks without seeing each other, even though we were obviously doing a long distance relationship.”

Meanwhile, Harry recently revealed the couple secretly met in a supermarket when they were dating.

Speaking on Dax Shepard’s Armchair Expert podcast, Harry said: “The first time Meghan and I met up for her to come and stay with me, we met up in a supermarket in London…

“…pretending we didn’t know each other, so were texting each other from the other side of the aisles.”

What else did Harry say?

In addition, he added: “There’s people looking at me, giving me all these weird looks, and coming up to me and saying ‘hi’.

“It was nice, I had a baseball cap on, looking down at the floor, trying to stay incognito.”

Meanwhile, the couple announced their engagement in 2017 and married on May 19, 2018, in St George’s Chapel at Windsor Castle.

The couple welcomed their first child, son Archie, in May 2019.

Meghan and Harry are now expecting their second baby, a daughter.

Read more: Meghan Markle ‘would be known as Princess Henry if she loses title,’ claims historian

Speaking in their explosive Oprah interview in March, the couple announced they’re expecting their little girl in the “summertime”.