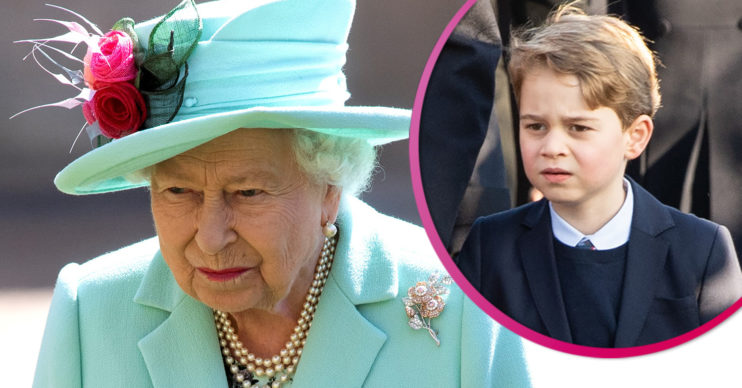 To mark the occasion, Kensington Palace released new photos of George taken by the Duchess of Cambridge.

The royal family Twitter page shared one of the images alongside a sweet message.

One photo showed George flashing his gap-toothed smile at the camera in a dark green polo shirt.

Another saw the little boy in a green camouflage t-shirt as he smiled.

A message on the Kensington Palace Instagram account last night read: “Sharing a [photo] taken by The Duchess ahead of Prince George’s seventh birthday tomorrow!”

Meanwhile, a message on Wednesday said: “Thank you everyone for your very kind wishes on Prince George’s birthday today!”

Fans gushed over the cute photo, with many saying George looks just like his father Prince William.

Meanwhile, earlier today (July 22), the Queen’s husband Prince Philip stepped out of retirement to attend an engagement at Windsor Castle.

The Duke of Edinburgh, 99, transferred his role as Colonel-in-Chief of The Rifles to Camilla, Duchess of Cornwall.

Philip was at Windsor Castle while his daughter-in-law Camilla was at Highgrove House in Gloucestershire.

During the engagement, the duke was thanked for his 67 years of support for The Rifles by Assistant Colonel Commandant, Major General Tom Copinger-Symes.

Meanwhile, over at Highgrove House, Camilla was addressed by The Rifles’ Colonel Commandant, General Sir Patrick Sanders, and welcomed as the new Colonel-in-Chief.

The ceremony is Philip’s first engagement in more than a year.

The duke announced his retirement from royal life in 2017, but had still retained this military title until now.

Leave your birthday messages for George on our Facebook page @EntertainmentDailyFix!