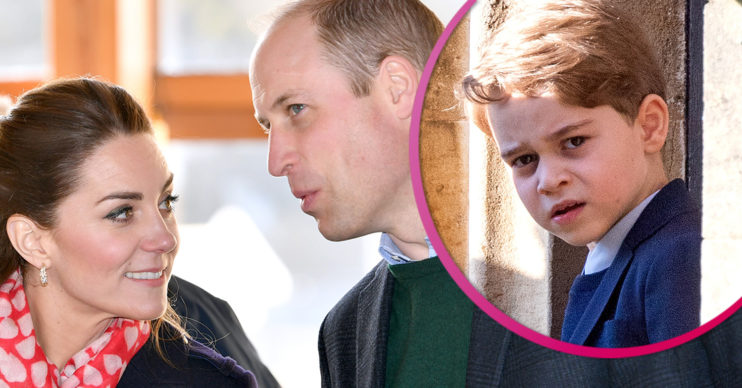 It may not be the name you're expecting

Prince George will reportedly be addressed by a surname when he goes back to school.

The seven-year-old son of Prince William and Kate Middleton is third in line to the throne and has been addressed as His Royal Highness… up until now.

The royal heir is set to return to Thomas’s Battersea School this week and will be in Year Three.

Up until now, the Prince has been addressed as His Royal Highness or Prince George.

Read more: Kate Middleton ‘has been The Queen’s rock throughout the pandemic’

But even though he technically doesn’t need a surname, he’s about to get one.

OK! Magazine now reports that the lad will be addressed by a different moniker from now on.

What surname will Prince George be addressed by?

Prince George will be addressed by the surname Mountbatten-Windsor.

The magazine quotes the royal website, which says: “For the most part, members of the Royal Family who are entitled to the style and dignity of HRH Prince or Princess do not need a surname.

“If at any time any of them do need a surname (such as upon marriage), that surname is Mountbatten-Windsor.”

If at any time any of them do need a surname (such as upon marriage), that surname is Mountbatten-Windsor.

The Prince first attended the south London school in 2017.

It’s said that the £6,000 per term school focuses on sports, the arts and outdoor activities.

It also forbids its pupils to choose a best friend in case they hurt another pupil’s feelings.

The school one major rule is “be kind”

What has the Queen been up to?

While the Prince is preparing to go back to school, George’s great-grandmother – the Queen – has been locked down at Balmoral.

But now news has emerged that the monarch, 94, and her husband, Prince Philip, will return to Sandringham “within weeks”.

Reports claim that she will reside at Wood Farm on the Sandringham Estate.

From Windsor, she can then commute into Buckingham Palace to carry out limited royal duties.