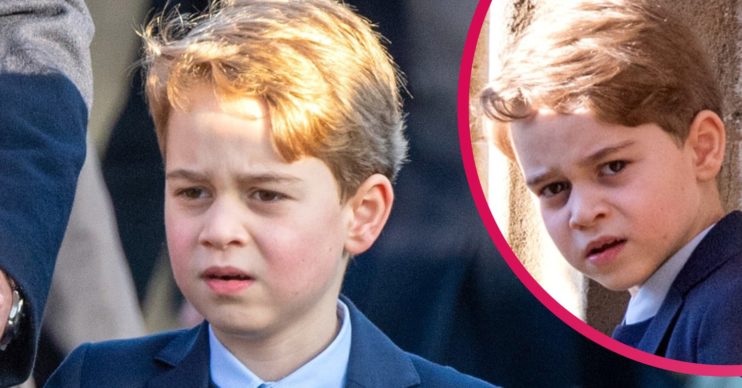 Prince William says he was saddened by his son's reaction

The Duke of Cambridge, 38, has confessed that watching Extinction: The Facts had a rather depressing impact on the adorable seven-year-old.

The hard-hitting show depicted what life will be like if humans continue to expand at current levels without taking drastic action such as protecting species, changing our consumption habits and eating far less meat.

What did Prince George think of Sir David’s documentary?

William admitted that mid-way through the show George asked if he could stop watching because it was too upsetting.

“He said actually: ‘I don’t want to watch it anymore. Why has it come to this?’ He’s seven years old and he’s asking these questions.”

“He feels it and I think every seven year old out there can relate to that.

“So from an emotional point of view every parent wants to do the best for their children and I think we have to have a decade of change.

“A decade of repairing the planet so we can hand it on to the next generation and future generations and sustain the prosperity for their lives too,” he added.

Prince George recently joined Sir David in a video where he quizzed the nature expert on the planet.

What did Prince George say?

George said: “Hi David Attenborough, what animal do you think will become extinct next?”

Sir David, 94, replied: “Well let’s hope there won’t be any because there are a lot of things we can do when animals are in danger of extinction.

“We can protect them. About 40 years I was with some mountain gorillas in the centre of Africa. They were really rare.

“And we showed pictures of them on television and people thought how terrible it would be if these became extinct.”

He added: “They subscribed lots of money and people came to help and now, there are over a thousand of them.”

Meanwhile, Princess Charlotte, five, was next up and asked another important question.

Sir David replied: “I love spiders, I’m so glad you like them! I think they’re wonderful things.

“Why is it that people are so frightened of them? I think it’s because they’ve actually got eight legs which are much more than us.

“And if you’ve got eight legs you can move in any direction. But spiders are so clever.”