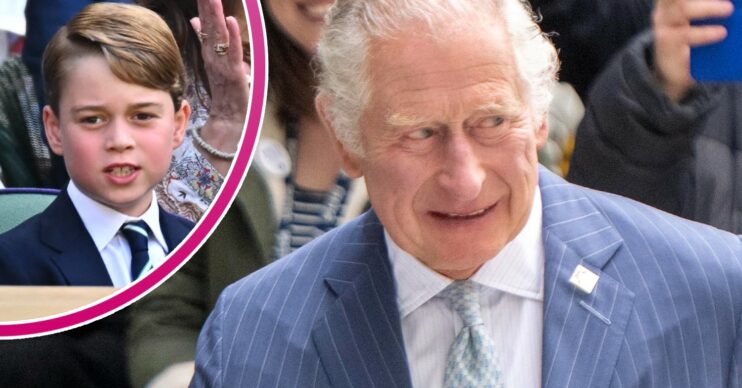 Prince George celebrates his birthday tomorrow (July 22), but the big day has previously sparked friction between Prince Charles and Kate Middleton’s parents, it has been reported.

George turns nine on Friday and the family are expected to celebrate with him.

However, a recent birthday of George’s is believed to have caused some major family drama behind the scenes.

Planning for George’s third birthday party in 2017 was carried out by Kate’s parents, Carole and Michael Middleton.

This reportedly distressed Prince Charles, who was allegedly given little to do to help out.

According to a royal source, this created a deep rift between Kate’s parents and Charles, who felt left out.

According to Daily Star, a source claimed: “Carole organised everything and Charles and Camilla were, of course, invited. He went because he wasn’t prepared to miss out but Camilla didn’t go.

The source alleged: “Charles didn’t want to miss his grandson’s birthday, but the fact that the whole thing was essentially a Middleton event with Carole orchestrating the whole thing is exactly what upsets him.”

Charles has a very busy schedule. As a result, he doesn’t get to see his grandson as much as he would like.

According to a family friend, this only added fuel to the fire when he wasn’t involved in planning.

A family friend claimed: “Charles feels rather left out. He gets very little time with his grandchildren and I know he gets upset about it because he has said so.”

While Charles is tied up with royal engagements, Kate’s parents have a much more relaxed schedule.

Read more: The Lazarus Project on Sky: Will there be a season 2 of sci-fi thriller?

The pair run their own business and are able to be more flexible than Charles, who must make regular appearances for the monarchy.

ED! has contacted royal reps for a comment on this story.

Meanwhile, it was recently revealed that Prince George has been excelling in his studies at school.

The young prince is believed to be performing very well academically, following in the footsteps of his father, Prince William.