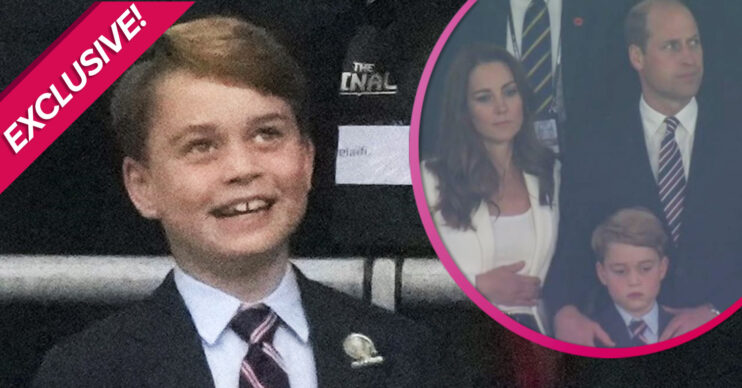 Prince George was at Wembley at the weekend to attend the Euro 2020 final.

The seven-year-old attended the England v Italy match alongside his parents, Prince William and Kate Middleton.

However, some people took issue with the fact he was wearing a suit and said he should have been allowed to wear a football shirt.

Now, royal commentator Charles Rae hit back at the criticism and called it “unjustified”.

“I mean who in their right mind attacks a young lad who will be eight in a couple of days.”

He continued: “It is as despicable as those racists who attacked the black players. George had a great time at Wembley with his mum and dad.

“We could all see that.  But I am sure that his public appearances will be limited by William and Catherine in the same way they protect all their children.

“We shall see the odd picture or outing at birthdays and other special occasions.

“I doubt very much that the Cambridges pay much attention to the keyboard warriors, but like any parents in the public eye they will take even greater care.”

It comes after a royal expert said George wanted to wear a suit to be like dad William.

The little boy had previously worn a suit during England’s match against Germany in the quarter-final last month.

“That’s why we saw him looking so smart in his suit – he really wanted to dress like William.”

One gushed on Twitter: “Prince George is such a handsome lad in his suit and tie.”

Another said: “Prince George in a suit attending the match with his parents is the highlight of the 1st half in Wembley so far.”

What did you think of George’s suit? Head to our Facebook page @EntertainmentDailyFix and tell us what you think.