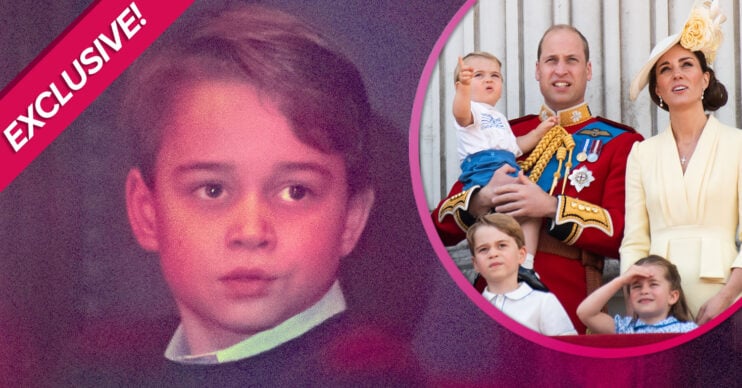 George will celebrate his birthday with his family!

Prince George celebrates his 8th birthday today and fans have been treated to a sweet new photo of the royal.

The Duke and Duchess of Cambridge released the image via Instagram to mark their son turning eight.

However, according to a royal commentator, the couple balance “charming photographs” of George with “the privacy he needs” in an “exemplary” way.

Speaking about how George will spend his birthday, Richard Fitzwilliams told Entertainment Daily!: “I’m sure we’ll get a photo, probably taken by Catherine.

Read more: William and Kate will keep Prince George ‘out of the limelight’ after Wembley abuse, royal expert claims

“I’m sure he will be in touch with other members of the royal family, including the Queen, in Zoom or in person.

“He reflected the nations mood so well as Wembley & is becoming  wonderfully photogenic.

“William and Catherine are balancing some charming photographs and videos which feature him with the privacy he needs.

“Their handling of this is exemplary.”

William and Kate to keep George out of spotlight?

Meanwhile, another royal expert recently said Kate and William are keen on keeping George out of the limelight when they can.

It came after some people criticised the family after George wore a suit to the Euro 2020 final earlier this month.

Royal author Robert Jobson said on Australian breakfast TV show, Sunrise: “Some were critical about him wearing a shirt and tie like his dad which I thought was very harsh.

“He has been very popular but I think they are going to try and keep him out of the limelight a little bit. [William and Kate] are very conscious of that.”

George is third-in-line to the throne after dad William and grandfather Prince Charles.

It’s believed William and Kate told George his future within the royal family around his seventh birthday last summer.

However, it seems they are still keeping George away from the spotlight as much as they can as he grows up.