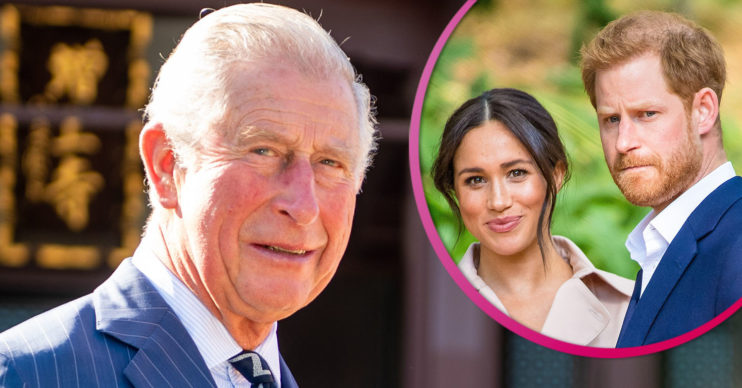 Harry released a statement in 2016

Prince Charles was “disappointed” by the timing of Prince Harry and Meghan Markle going public, a new biography claims.

The book alleges that Harry gave Charles just 20 minutes’ notice before releasing a statement in 2016 about the “racial undertones” of articles about his then-girlfriend Meghan.

The authors of the book claim the Clarence House team were “crushed” because the statement overshadowed his Middle East tour.

What did the book say about Prince Charles?

The timing of the statement meant it “dominated the news cycle”.

At the same time, the Prince of Wales was finishing an important tour in Bahrain.

In the new biography about Meghan and Harry called Finding Freedom, authors Omid Scobie and Carolyn Durand claim: “When Harry decided to make an official statement, the only stumbling block was Prince Charles.

“It was a critical moment that had been in the works for months.

It was a critical moment that had been in the works for months.

“A statement from Kensington Palace condemning the Press and, in the same breath, confirming Harry’s new girlfriend would all but eliminate coverage of Prince Charles’s tour of the Gulf.”

Meanwhile, Finding Freedom will be available to buy next month.

The book also alleges that Harry’s fallout with his brother Prince William was sparked by his snobbish attitude towards Meghan.
Princess Diana’s former butler Paul Burrell spoke about the book on today’s Good Morning Britain (July 27).
Paul said: “I think the information is accurate, I think it did come from very good sources and it probably came indirectly from the top.

Will you be buying Finding Freedom? Visit our Facebook page @EntertainmentDailyFix and let us know what you think of this story.