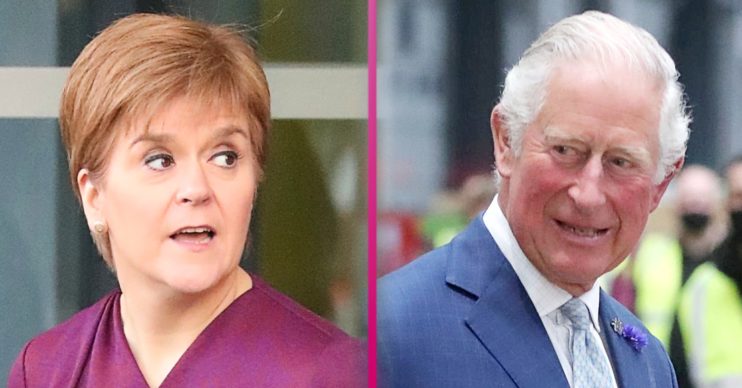 It's said Charles 'didn't want to cause any trouble'

Prince Charles and his wife Camilla have “cancelled” their annual Christmas trip to Scotland after coronavirus warnings.

The Prince of Wales, 72, and the Duchess of Cornwall, 73, travel to Balmoral during each festive holiday.

But thanks to a warning from Scotland’s First Minister Nicola Sturgeon, the royal couple will now stay away.

Why is Prince Charles cancelling his trip to Scotland?

It’s very sad, but Their Royal Highnesses do not want to cause trouble.

Now the Daily Mail reports that Charles and Camilla have cancelled their annual festive trip up to Scotland.

Read more: The Queen is ‘frustrated’ with COVID restrictions and ready to get back to work full-time says royal expert

A source told the newspaper: “It’s very sad, but Their Royal Highnesses do not want to cause trouble.

“They understand the difficulties of travelling during the crisis and look forward to returning to Scotland as soon as possible.”

What are the rules in Scotland?

One of the rules imposed by the Scottish government include the banning of “non‑essential travel between Scotland and other parts of the UK until further notice”.

As such, it’s thought she’s told the royals they are “not welcome” in Scotland this Christmas.

The newspaper said Charles and Camilla have “spent New Year’s Eve at their Birkhall home on the Queen’s Balmoral estate every year since they married in 2005”.

Family and friends are said to join them each year, but 2020 will be different for the heir to the throne, it appears.

What did William and Kate get up to last week?

Last week, the Duke and Duchess of Cambridge went on a three-day tour of the UK – despite travel restrictions.

What was intended as a morale-boosting trip to honour key workers received criticism in some quarters.

A royal statement said: “The Duke and Duchess are very much looking forward to shining a spotlight on the incredible work that has been done across the country throughout this difficult year.”

One critic of the tour said on Twitter: “William and Kate once again proving how out of touch the royal family has become.

“Going on a train tour when other people are being told to stay safe at home. They are all about self-promotion and PR.”