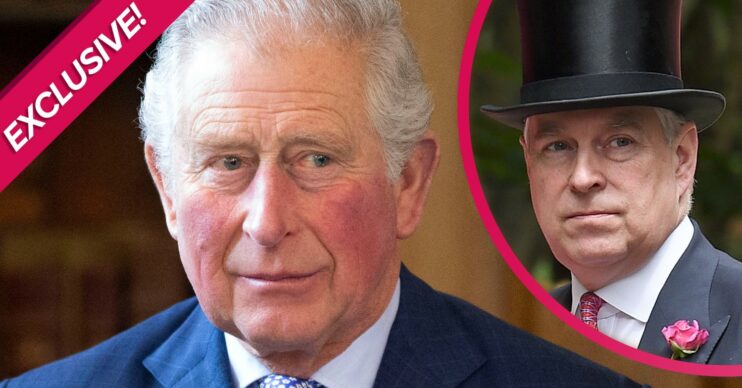 Charles is preparing to become King one day

Prince Charles read Prince Andrew the “riot act” amid his scandal, a royal expert has said.

Last month reports had claimed that the Prince of Wales, 73, was “instrumental” in Andrew losing some of his royal titles.

Reports have also suggested that Charles wants his younger brother to remain out of the limelight.

This week, Andrew settled his civil sexual assault case with Virginia Giuffre out of court.

The Duke of York, 61, was accused of sexually assaulting Ms Giuffre when she was 17 – allegations he’s always denied.

In the settlement, Andrew agreed to pay an undisclosed sum to Ms Giuffre’s charity, which is in support of victims’ rights.

Now, as Charles prepares to become King one day, royal commentator Duncan Larcombe said he has already issued his warnings to Andrew.

Speaking exclusively to Entertainment Daily!, Mr Larcombe said: “As things stand, Charles is increasingly becoming a king in all but name.

“It was he who read the riot act to Prince Andrew and it is Charles who is overseeing the entire Jubilee project.”

Meanwhile, Mr Larcombe said Charles’ son Prince William is starting to take on the role of the Prince of Wales “in all but name”.

William is second in line to the throne.

He added that the Duke of Cambridge is “playing a central role in the senior duties such as overseas tours and official visits”.

Reports have claimed that Charles and William have been instrumental in the Royal Family‘s decisions about Andrew.

Charles is increasingly becoming a king in all but name.

Charles and William apparently don’t think Andrew can make a comeback as a working royal.

Royal commentator Richard Fitzwilliams told us: “The further he is distanced from the royal family the better.”

Do you think Andrew should distance himself? Leave us a comment on our Facebook page @EntertainmentDailyFix and let us know.