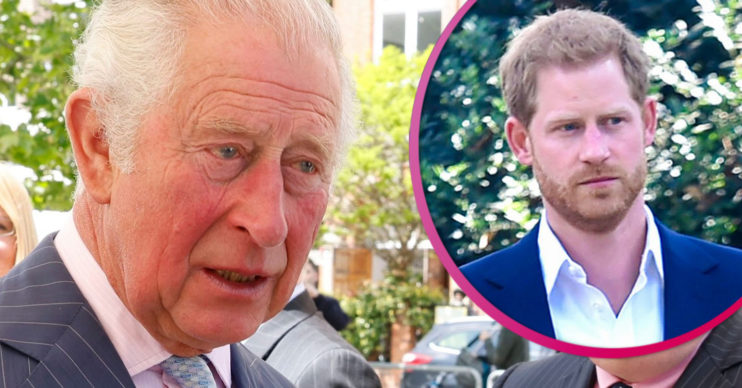 Prince Charles laughed and joked as he visited a pub today with his wife Camilla.

The Prince of Wales and Duchess of Cornwall took a trip to Clapham Old Town to celebrate the local high street and recognise its value to the local community.

During their visit, the couple went inside the Prince of Wales pub as Charles poured himself a pint.

What did Prince Charles and Camilla get up to today?

At the pub, Charles pulled down his face mask to take a sip of a pint he poured himself behind the bar.

He joked it would be fun to visit every Prince of Wales pub in the country.

The Prince added: “Hopefully I’d get a free drink in each one.”

Meanwhile, the visit comes days after Charles’ son Prince Harry appeared to criticise his father in a new series.

The Duke of Sussex made revelations in The Me You Can’t See, a new documentary on Apple TV+.

Opening up about dealing with mental health issues, Harry said: “Certainly now I will never be bullied into silence.

“If you suffered, do everything you can to make sure that whatever negative experiences you had, you can make it right for your kids.”

Meanwhile, Harry had previously appeared to take a swipe at Charles’ parenting during a podcast interview earlier this month.

Following Harry’s comments, reports claim that Charles wants to reconcile with his son.