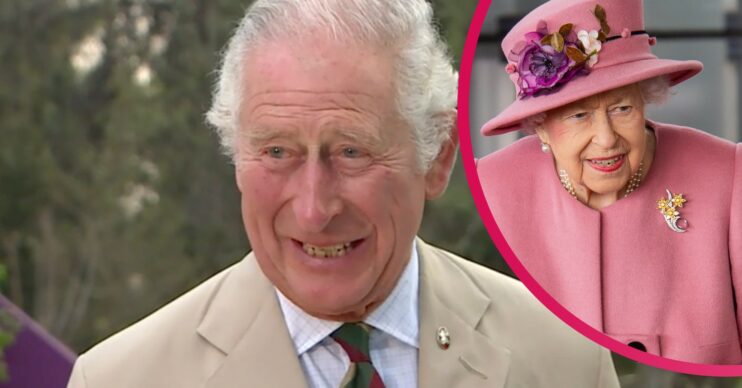 Charles is in Jordan on a tour

Prince Charles has assured royal fans that the Queen is in good health after recent concerns about her wellbeing.

The heir to the throne and the Duchess of Cornwall are currently on a royal tour of Jordan. Prince Charles spoke to the media while out there.

What did Prince Charles say about the Queen’s health?

When asked about the health of his mother, Prince Charles said:

Prince Charles turned 73 on Sunday November 14. That same day, he had been attending the Sunday Remembrance Service in place of the Queen.

Read more: Queen makes first engagement since pulling out of Remembrance service due to sprained back

The Queen missed the service for just the 7th time in her reign due to a sprained back. Prince Charles laid her wreath next to his own at the Cenotaph during the service. Kate, the Duchess of Cambridge, Camilla Duchess of Cornwall, and Sophie, Countess of Wessex stood on the balcony in the Queen’s place.

Prince Charles, and the general public, will be pleased that the Queen made her first public appearance in nearly a month today (17 November).

Where was the Queen pictured?

The 95-year-old monarch was seen standing and smiling at Windsor Castle with General Nick Carter, the outgoing Chief of the Defence Staff.

This was the first time that the Queen had been seen in an in-person engagement since mid-October.

The Queen has pulled out of a number of engagements over the last few weeks. This comes after she spent the night in hospital back in October. Her doctors advised her to take on ‘light work’, meaning she didn’t attend the COP26 summit in Glasgow.

What else has happened to Prince Charles and the Queen?

The Queen also missed an engagement yesterday- the opening session of the 11th General Synod of the Church of England. It was the first time she hadn’t attended in 51 years.

However, Prince Charles didn’t attend in her place then. His brother, Prince Edward, went instead. There he read out a poignant message from the Queen about the ‘passage of time‘.

Prince Charles will step in for the Queen more as she approaches her 96th birthday in 2022.