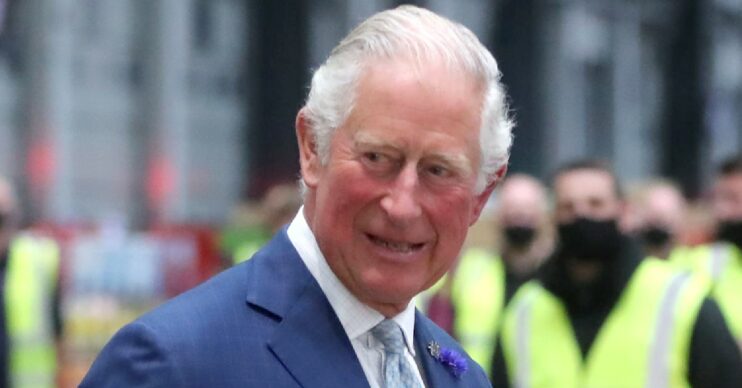 He appeared at the event in Glasgow today

Prince Charles has joined world leaders at the COP26 conference, where he made a speech about the importance of climate change.

The Prince of Wales spoke at the United Nations climate change summit, which is being held in Glasgow today (November 1).

The Queen was forced to pull out of the event after spending the night in hospital.

Instead, Prince Charles made a speech at the summit today (November 1).

As he made his way to the podium, the royal tripped over before going on to make his speech.

Read more: Camilla ‘to take on bigger role as the Queen rests’ because Prince Andrew and Prince Harry ‘can’t step up’

Charles, who has raised awareness for climate change in the past, urged leaders to team up to tackle current problems.

He said: “The scale and scope of the threat we face call for a global. Systems-level solution based on radically transforming our current fossil fuel-based economy to one that is genuinely renewable and sustainable.

“So ladies and gentleman my plea today is for countries to come together to create the environment that enables every sector of industry to take the action.”

Thank you and something you have had a passion to make a difference for over 50 yrs. The Royal Estates are to be admired for future generations.

How did royal fans respond?

On Twitter, one said: “Prince Charles has always cared about climate, people, country. He even sacrificed his own happiness for loyalty and duty.”

Another penned: “Thank you and something you have had a passion to make a difference for over 50 yrs. The Royal Estates are to be admired for future generations.”

Read more: Kate Garraway thanks Prince Charles for the unexpected help he offered after Derek’s hospitalisation

In addition, a fourth praised: “Great leadership and a great speech too. *cheers*.”

However, others shared a different view after Charles’ appearance.

#PrinceCharles telling us how to be more #green #sustainable 😂how many houses does he own, how many cars has he got, how many private jet journeys does he take??? A bit if #organic gardening doesn’t offset that I’m afraid #practicewhatyoupreach

#PrinceCharles at #COP26Glasgow with Camilla.
Why can't they invite @GretaThunberg?

One viewer posted a graphic to prove Prince Charles flew 16,000 miles back in January last year.

At the time, reports claimed that the royal totalled over 16,000 miles in just 11 days.

The user wrote: “In under two weeks Prince Charles @ClarenceHouse has managed on private jets & helicopters to clock up: Over 16,000 miles. Cost taxpayers £280,000. Emitted 162 tons of CO2.

“That’s 18x more than the average Brit. Don’t worried mate I’ve put on my coat & turned down the heating.”

Practice what you preach!

A second tweeted: “William ain’t much better, time they all got put out to pasture.”

A third wrote: “#PrinceCharles telling us how to be more #green #sustainable. How many houses does he own, how many cars has he got, how many private jet journeys does he take???

Another asked: “#PrinceCharles at #COP26Glasgow with Camilla. Why can’t they invite @GretaThunberg?”

A fifth simply stated: “#PrinceCharles is a hypocrite #carbonfootprint #COP26.”

Meanwhile, a Clarence House spokesperson told Entertainment Daily!: “His Royal Highness has personally campaigned for a shift towards Sustainable Aviation Fuel and would only undertake his recent travel to Rome when it was agreed that sustainable fuel would be used.

“The Prince of Wales travels at the request of Her Majesty’s government and wherever possible, and recognising the challenges of supply, the intention is that sustainable fuel will increasingly be part of Royal travel plans.”