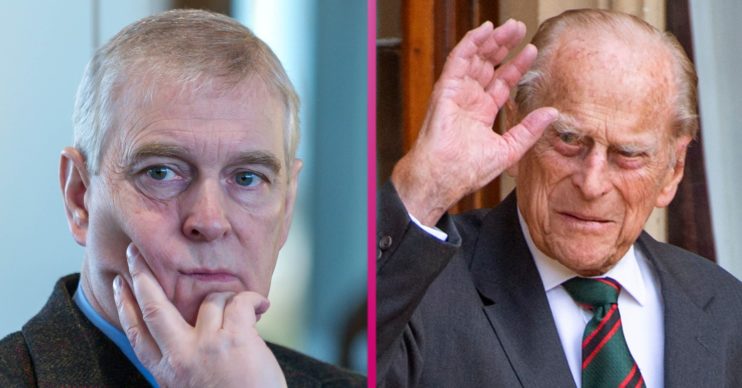 Prince Philip will turn 100 next June

Prince Andrew reportedly won’t feature at any of the upcoming birthday celebrations for Prince Philip.

According to reports, Andrew won’t attend any of the official celebrations leading up to his father reaching his centenarian.

Prince Philip will turn 100 next year

Organisers have also apparently instructed staff to avoid including any photographs of Andrew at an official photo exhibition.

A photo exhibition is going to be organised on behalf of Royal Collection Trust.

This will celebrate the life and times of Prince Philip.

However, it is unlikely many photos of Andrew will feature – even ones as a child.

Prince Andrew ‘snubbed’ from any of his father’s celebrations

Apparently, Philip’s palace team has also forbidden Andrew from writing any contributions to the exhibition.

A palace insider told The Sun: “He will be included as little as possible.

“It’s not whitewashing history because you can’t leave him out entirely. But it will not make a big deal of his relationship with the Duke of Edinburgh over the years.”

Prince Andrew came under fire for his past association with late convicted paedophile Jeffrey Epstein.

The Duke of York stepped down from his royal duties last November.

It came after a car crash interview on BBC Newsnight.

Here he said he did not regret having been friends with Jeffrey Epstein or Ghislaine Maxwell – among other things.

He attended his daughter Beatrice’s wedding to Edoardo Mapelli Mozzi in July.

However, he didn’t feature in any of the released photographs.

Andrew is apparently the Queen’s favourite of her four children.

He reportedly visited Her Majesty earlier this month at Balmoral for ‘crisis talks’ following his fall from grace.

The US Department of Justice want Andrew to travel to the US to be quizzed over his relationship with Epstein.

They have said he has not cooperated with their request. However, Prince Andrew’s lawyers claim they have offered his cooperation.