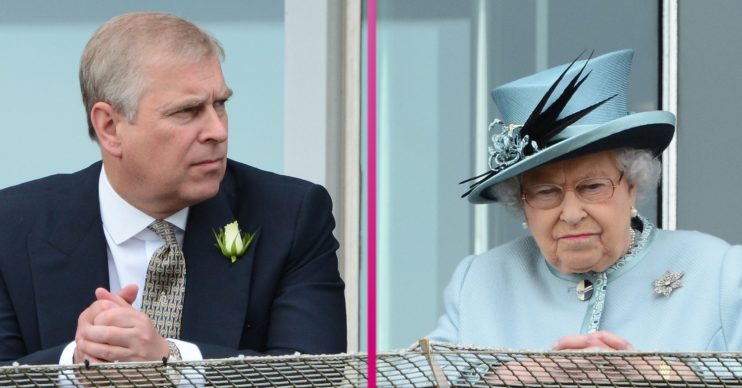 Prince Andrew ‘visits Balmoral for crisis talks with The Queen’

Prince Andrew has reportedly travelled to Balmoral to meet with his mother The Queen.

Here they are said to be having ‘crisis talks’ regarding his reputation.

However, his image has been severely tarnished over the last few years.

He has been linked to convicted pedophile Jeffrey Epstein and accused by Virginia Roberts Guiffre of sleeping with her when she was 17-years-old.

What happened to Prince Andrew?

Andrew went on to adamantly deny the claims during a BBC Newsnight interview with Emily Maitlis.

But his answers in the interview were widely panned and disputed.

A palace insider told The Sun that the Monarch and her son will have ‘lots to discuss’.

The source claimed: “The Queen and Andrew will have lots to discuss. So much has come out over the summer.

The mother and son are said to be very close

“The Queen wants to be kept informed and she will not be back at Windsor until early October.”

US prosecutors claim that the Duke of York has failed to cooperate with their investigation into Jeffrey Epstein and Ghislaine Maxwell.

Read more: The Queen ‘relies on Kate Middleton as her rock during pandemic’

In April, the US Department of Justice submitted a request to the Home Office to speak directly with Prince Andrew.

The Prince’s lawyers insist that they have repeatedly offered to assist in the case.

The Duke has been summoned to the US

In November, the duke released an official statement.

Here he said he regrets his association with the late Jeffrey Epstein, who was found dead in his prison cell last August.

He also said he would be stepping down from his public royal duties.

The statement read: “It has become clear to me over the last few days that the circumstances relating to my former association with Jeffrey Epstein has become a major disruption to my family’s work and the valuable work going on in the many organisations and charities that I am proud to support.

“Therefore, I have asked Her Majesty if I may step back from public duties for the foreseeable future, and she has given her permission.

“I continue to unequivocally regret my ill-judged association with Jeffrey Epstein.

“I can only hope that, in time, they will be able to rebuild their lives.

“Of course, I am willing to help any appropriate law enforcement agency with their investigations, if required.”