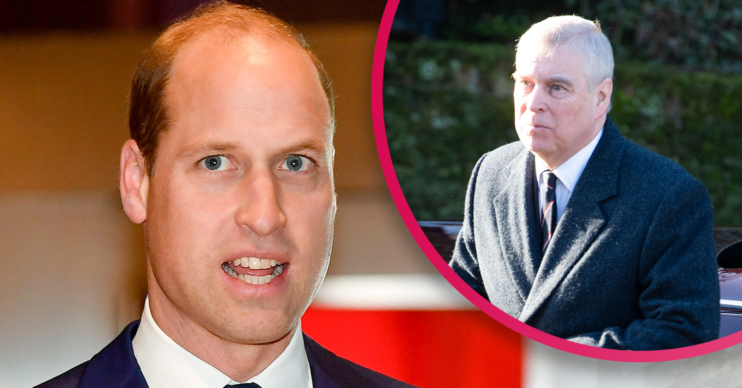 Allegations Wills 'wishes his uncle would vanish from public view'

Following the Prince Andrew scandal it’s been claimed that Prince William wishes his uncle would “vanish from public view”.

Friends of the second in line to the throne, who turns 40 tomorrow (June 21), have claimed that William “feels strongly” that Andrew “should never play a part” in the royal family again.

Of course, he wasn’t present at public events over the Platinum Jubilee weekend.

And, although he was due to attend Garter Day, COVID forced him to stay away from that.

No place for Prince Andrew in slimmed-down monarchy following scandal

Speaking to the Daily Mail, William’s closest confidants have claimed this is the shape of things to come.

They alleged that, like Prince Charles, William believes a slimmed-down monarch is the “best way” to ensure the survival of the royal family.

And it’s claimed there’s no place in that plan for disgraced Andrew.

“He feels very strongly about this and if it had been up to him he would have pushed for things to have happened a lot faster than they did,” the friend claimed.

William ‘wishes he would vanish from public view’

“He has strong views on the Duke of York and believes his insistence in trying to cling on to a public role is highly dangerous for the institution. He would have cut him loose a long time ago if it had been up to him,” they alleged.

The friend said that William “understands that when it comes to mother and son the situation is complicated”.

However, they added: “But honestly I think he just wishes he would vanish from public view.”

Future of the monarch revealed?

The Queen appeared to signal the future of the monarchy during her final Buckingham Palace balcony appearance of the Platinum Jubilee.

She was joined for the landmark appearance by her three heirs – Prince Charles, Prince William and Prince George.

And it’s been reported that this is very much the direction that Prince Charles – and now Prince William – sees the royal family heading in.