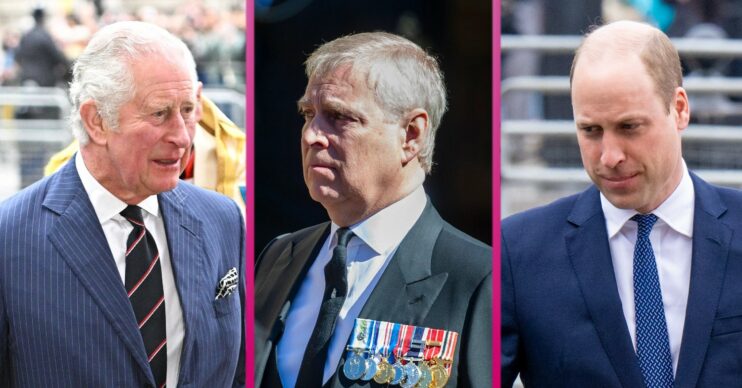 Prince Charles and Prince William in particular were reportedly hopeful that “common sense would prevail” before Andrew put himself “front and centre” of the service.

According to the Daily Mail, senior members of the Royal Family were reportedly left ‘dismayed’ with Prince Andrew’s prominent role in yesterday’s service.

The memorial service was held to pay tribute to Prince Philip, who passed away in April last year aged 99.

Yesterday’s service was also the Duke of York’s first public engagement since his civil sex assault case was settled out of court.

Senior royals were reportedly unhappy that Andrew would be travelling to the service with his mother, the Queen, from Windsor.

Andrew, like the Queen, lives in Windsor, however, senior members of the family were reluctant for them to share the same car.

They were therefore reportedly “dismayed” when this happened.

Senior royals reportedly hoped that “common sense would prevail” yesterday and that Andrew wouldn’t play a prominent role in the memorial service.

However, these hopes were dashed by what the Duke of York did next.

It was expected that the Dean of Westminster would walk the Queen to her seat in the front row.

However, the congregation, and viewers at home, were shocked to see Prince Andrew take this role instead.

The Duke of York walked the Queen down to her seat in the front row, before then taking his seat next to Prince Edward.

A source close to the Royal Family said they were ‘dismayed’ at the turn of events.

“It would be a great shame if the service was overshadowed by all of this. There is a strong sense of regret that this has happened,” they said.

Andrew’s role an endorsement by the Queen?

Some royal experts believe that the Queen allowing Andrew to play such a prominent role was a sign of “endorsement”.

Speaking to the Express, royal expert Jennie Bond said: “This was her way of quietly showing ‘OK, he messed up really badly, this was a disgrace, but he is my son’.”

“He could have sat in the congregation with others, with his relatives, but they actively decided that he would have this role of supporting her [the Queen],” he said.

“She’s very clearly stating that he has a role at family occasions.”

Royal fans were also divided over Andrew’s prominent role in the service. Some believed that he had a right to be there, as Prince Philip was his father, of course.

Others accused the Duke of York of “taking advantage” of the situation in an attempt to repair his public image.

What do you think of Prince Andrew’s role in yesterday’s service? Head to our Facebook page @EntertainmentDailyFix and tell us what you think.