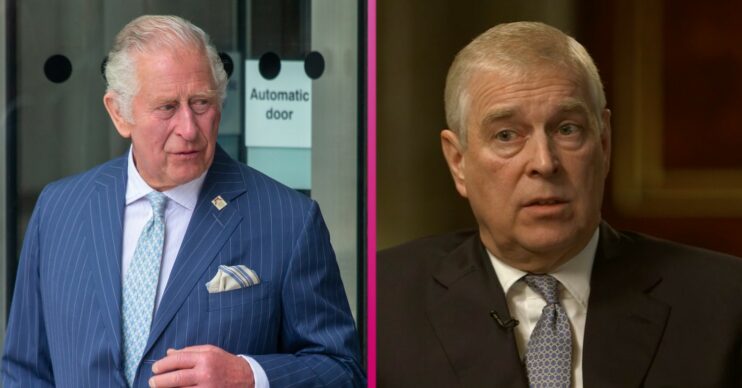 The real reason Prince Charles ‘won’t publicly back’ Prince Andrew in a title row has seemingly been revealed in latest news.

Royal commentator Jennie Bond believes that it’s down to the fact that the brothers don’t have any “great bond” between them.

Yesterday, news broke that Prince Andrew had been stripped of another honour.

Following a unanimous vote by York Council, the Prince lost his Freedom of the City of York honour.

Andrew had had the honour since 1987. According to one member of the council, he is the first person to ever have that specific honour stripped of him.

The loss of that honour comes following Andrew’s civil sex case scandal. Virginia Giuffre accused Andrew, 62, of sexually assaulting her when she was 17. He has always denied the accusations.

They settled the case out of court, with Andrew paying a undisclosed sum of money to Ms Giuffre’s charity.

As well as taking away his freedom of the city, councillors also called for Andrew to lose his title – the Duke of York.

One said that the Royal Family must “step in to remove his title to finally end Prince Andrew’s connection to York”. This is if Andrew fails to do so himself.

During today’s edition of GB News, Prince Andrew being stripped of his Freedom of the City of York was discussed.

“I don’t think so,” Jennie said simply. “I think if this got to Parliament I don’t think Charles would stand up for his brother and say, ‘No you mustn’t take his Dukedom away.’

“There is not a huge bond between Charles and Andrew I don’t think and the other siblings,” she added.

Jennie then continued, saying: “I mean I am sure they love him as any other family loves their siblings but I don’t think they will, in any public way, stand by him for him to come back into public life.”

She also stressed that the calls for him to be stripped of his dukedom “won’t go away”.

Andrew received the dukedom in 1986. It was a wedding gift from his mother, the Queen.

The Queen’s father, King George VI, was the Duke of York before he became King in 1936.

However, the only way for the rank of Duke to be removed is via an act of parliament. The last time this happened was in 1917.

There have been calls for Andrew’s daughter, Princess Beatrice, to be made the Duchess of York if her father is stripped of the title.