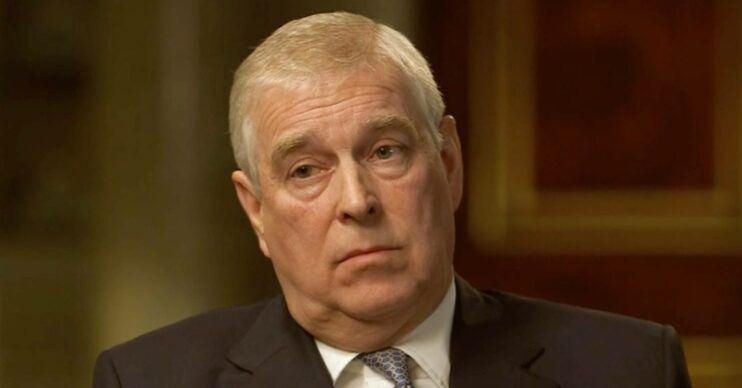 Could have wider implications for House of Lords peers, too

Prince Andrew could have his Duke of York title stripped under a possible new law, latest news has claimed.

Andrew, 62, had his military titles taken away earlier this year. He was also permanently retired from public life as a working royal in May 2020.

But following Andrew settling with sex abuse accuser Virginia Giuffre in February, there have been further calls to remove his other noble title.

Andrew has always denied allegations made against him that he sexually assaulted Ms Giuffre when she was 17.

Earlier this month it was reported Andrew could seek to have his honorary titles reinstated.

Rachael Maskell, MP for York Central, has voiced complaints from her constituents about association with Andrew.

A law, tabled in Parliament, could resolve the matter. It could also have implications for peers in the House of Lords.

She said of the Removal of Titles Bill: “There are no mechanisms in place, even for the monarch, to remove the title.”

Ms Maskell said that amid the focus on the court case in February, 80% of her constituents “wanted the association with the Duke of York broken”.

She then met with the clerks in the Commons to find a way to achieve that.

Ms Maskell continued: “It [the Bill] could have wider implications about how the legislation could then be used to remove titles of people who have not lived up to public expectations.”

Ms Maskell also said: “The problem is, particularly with an international city like York, that using a title like the Duke of York is an ambassadorial role, it carries the name of our city across the world.

“We are already in a culture clash when we are talking about violence against women and girls and the issues we are really working hard on in the city, about making York a very safe place.”

The Bill is due to receive its second reading on December 9.