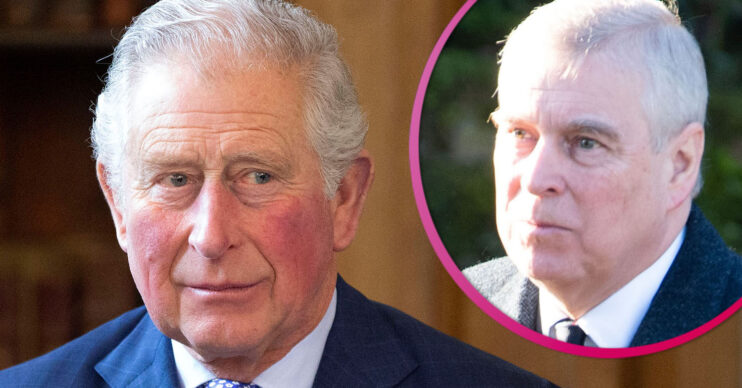 Andrew is currently at Balmoral

In latest Prince Andrew news, Prince Charles has reportedly headed to Balmoral and faces ‘awkward talks’ with his brother.

The Duke of York, 61, is facing a lawsuit filed by Virginia Giuffre, who has accused him of sexually assaulting her when she was 17.

Andrew arrived at Balmoral this week where he apparently faced his mother, the Queen.

Now, reports claim the Prince of Wales, 72, has arrived at his Birkhall estate, located on the Queen’s Balmoral estate in Scotland.

In photos obtained by the Mail Online, Charles and wife Camilla, Duchess of Cornwall, were seen arriving by car at their home.

However, reports say Charles may face an awkward encounter with his brother amid the allegations.

Meanwhile, it comes after sources claimed Charles “sees no way back” for Andrew amid the claims.

The Duke of York has strongly denied Ms Giuffre’s – who is also one of Jeffrey Epstein’s accusers – allegations against him.

A source told The Times about Charles: “The prince loves his brother and has the ability to have sympathy for the slings and arrows that his brother endures, whatever the reasons may be.

“However, this will be unwelcome reputational damage to the institution. He has long ago concluded that it is probably an unsolvable problem.”

In addition, they said: “This will probably further strengthen in the prince’s mind that a way back for the duke is demonstrably not possible, because the spectre of this accusation raises its head with hideous regularity.”

How has the Queen reacted?

Elsewhere, the Queen reportedly feels ‘concerned’ about the allegations and lawsuit.

Duncan Larcombe told OK!: “There’s no way the Queen is not extremely concerned that her own son has been accused of this in a civil court in America.”

Meanwhile, other reports claim Andrew is unlikely to attend Her Majesty’s Platinum Jubilee celebrations next year.

The event will mark her 70th year as the Queen.

A representative for Prince Andrew said they had no comment on the lawsuit.