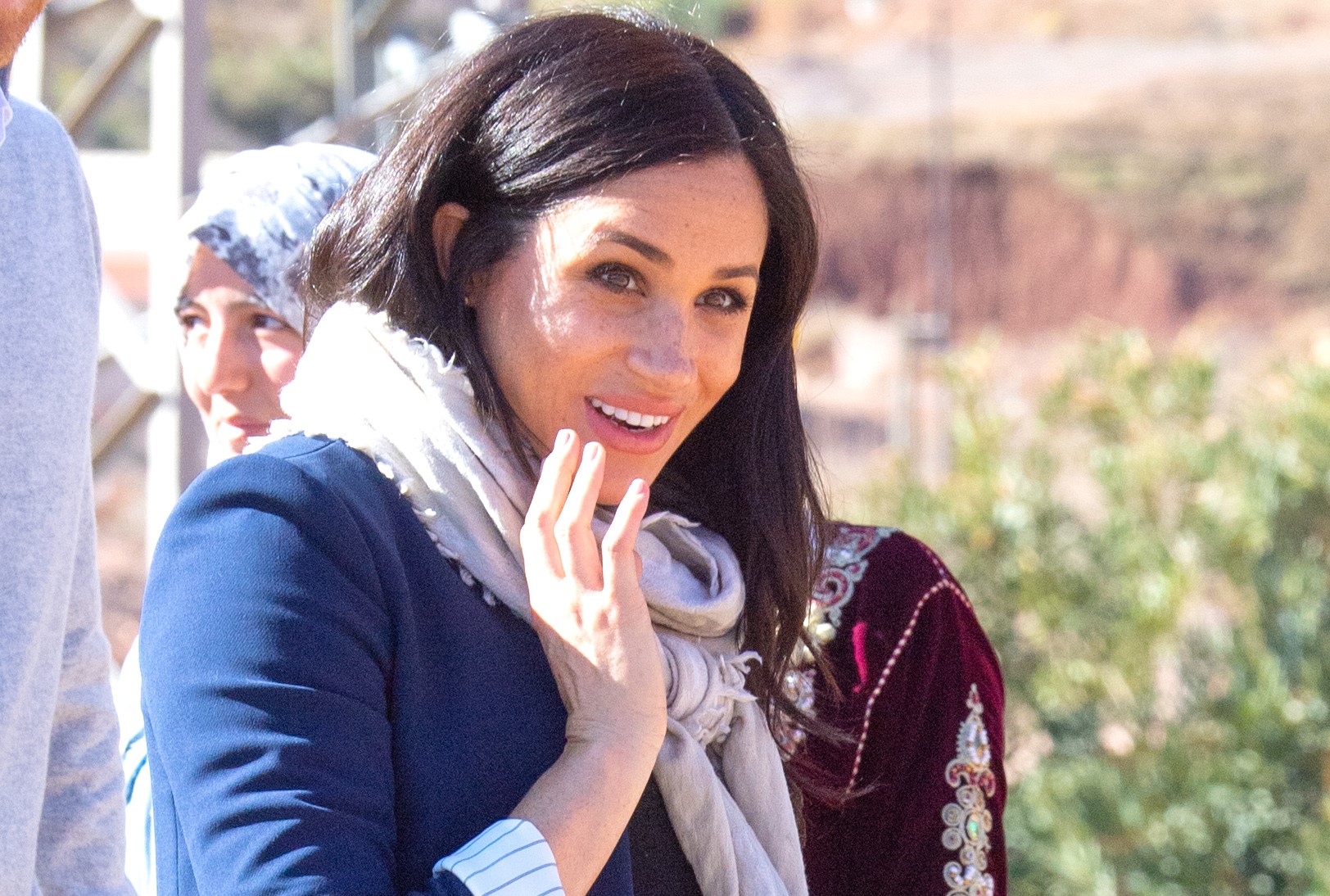 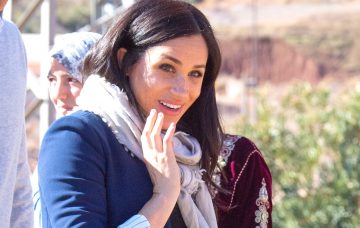 She has joined husband Harry in Morocco

The Duchess of Sussex has embarked on her latest royal trip with husband Harry, which will probably be the last before she welcomes her first child.

Meghan and Harry touched down in Casablanca, Morocco, on Saturday and are set to spend the next few days there.

On Sunday morning, the couple visited Morocco’s iconic Atlas Mountains by helicopter to kick off their first full day of engagements in the country.

Meghan sported a £394 Alice and Olivia blazer and skinny jeans and a pair of black flat pumps.

The former actress’ blossoming baby bump was peeking through the blazer as she walked alongside Harry.

The couple also visited the Education For All boarding house in Asni, Morocco.

Meghan, who is due to give birth in the next month or so, and Harry also dropped into classrooms to speak to girls studying for exams.

Meanwhile, Meghan also got a traditional henna tattoo during the visit.

During their royal trip, Meghan and Harry will see work being done to promote girl’s education, empower young people and support children from disadvantaged backgrounds.

On Monday, it’s been said the couple will tour the Andalusian Gardens, visit an equestrian centre and watch a cookery demonstration in Rabat.

The couple will soon be welcoming their first child together.

Ahead of their visit to Morocco, officers were reportedly already making “emergency exit plans” over security fears.

It was said that, amidst riots and violence in the city of Rabat, the Duke and Duchess of Sussex have been “banned” from walking around after advice from a specialist projection team.

A source told The Mirror: “The decision was taken to not include a walkabout in Morocco over fears for the Duke and Duchess’ safety. Both Meghan and Harry draw huge crowds wherever they go in the world and they have a real propensity to get in among the crowds, interacting with them, very closely.

“Due to the nature of the protests across the country this was strongly advised against which they both understood.

“Reports from the country suggest protests have been peaceful but police ­reaction has been heavy-handed which has thrown up obvious concerns that tensions could flare up if repeated during the royal visit.”