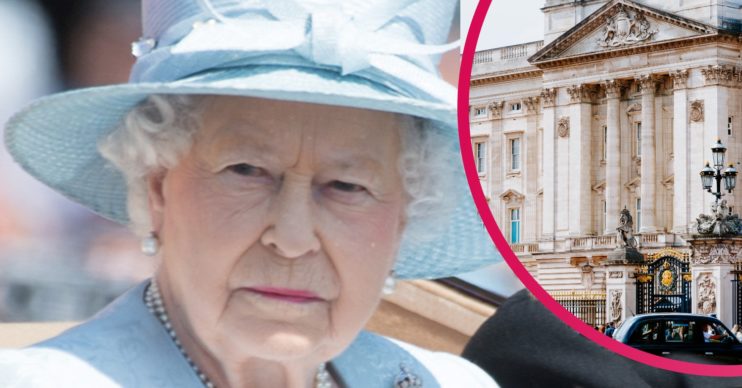 A 37-year-old man has been arrested.

A 37-year-old servant working for the Queen has reportedly been arrested.

The arrest was made after a number of items were stolen from the royal family.

One of which ended up for sale on eBay.

The Companion of the Order of the Bath medal belonging to the Master of the Household, Tony Johnstone-Burt OBE, was discovered for sale on the popular e-commerce site.

What is the servant of the Queen accused of stealing?

Additional items have been reported missing. These include engraved glasses and stationary signed by Prince Harry.

The person arrested is a hospitality assistant who worked for the royal household for six years.

This person was arrested at their residence at the Royal Mews last Friday.

Scotland Yard has confirmed that a 37-year-old man was arrested on Friday, August 7.

They confirmed he was arrested on suspicion of stealing items from his employers.

Has Buckingham Palace ever been broken into?

According to the Mail, the man in question has an active social media account in which he regularly boasts of his royal adventures.

He has posted photos from Balmoral and Sandringham.

He also claims to have been invited to the weddings of Prince Harry and Meghan Markle and also to Princess Eugenie’s wedding to Jack Brooksbank.

The suspect has been released on bail as the investigation continues.

This is one of the first known suspected theft cases at the palace by a member of staff.

However, there have been many attempted break-ins over the years.

There were reported break-ins at Buckingham Palace in both 2013 and 2019.

On both occasions no items were successfully stolen.

Then there was the infamous tale of Irishman Michael Fagan in 1982.

In response to be a bet at his local Irish pub, Michael, then 31, scaled a drainpipe at Buckingham Palace.

After exploring the halls of the palace, he successfully broke into her Majesty’s bedroom.

Stunned, they had a brief conversation before he was removed by two policeman.

He was not charged with trespassing and spent six months in a psychiatric facility.

His mother said at the time: “He thinks so much of the Queen. I can imagine him just wanting to simply talk and say hello and discuss his problems.”

The event has gone down in British royal history as one of its most major security lapses.