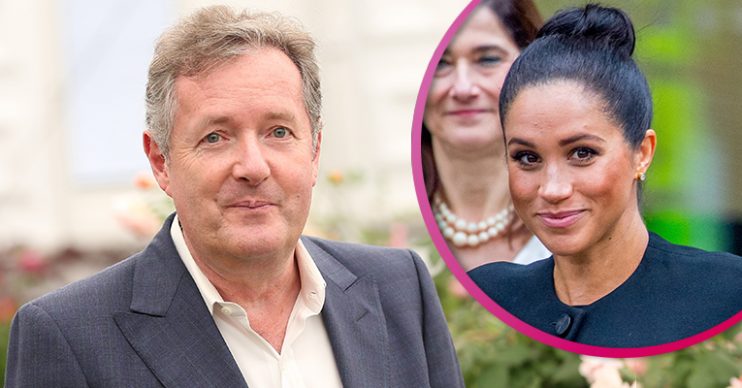 Piers Morgan has hit out at Meghan Markle for being absent during President Donald Trump’s State visit to the UK last week.

The Good Morning Britain host took issue with the fact that the Duchess of Sussex decided not to attend any of the events during Trump’s state visit, including the D-Day commemorations, yet attended the Trooping The Colour celebrations after he had left.

The TV presenter once claimed to be good friends with Meghan. However, he said she “ghosted” him once she met Prince Harry.

In an article for the Daily Mail, Piers said: “As the only American among the royals, Meghan Markle should have been there to greet the president and his family on behalf of her fellow Americans.”

The fact that Meghan is on maternity leave after giving birth to son Archie provided the new royal with the perfect excuse to duck out of what could’ve been an awkward encounter with President Trump.

As Ent Daily reported, Meghan has previously been vocal about her dislike of the politician, calling him a “misogynist” and “divisive”.

In turn, Trump called new mum Meghan “nasty”, something he later denied – despite there being an audio recording of his remarks.

Piers said that while virtually every other senior royal – including Meghan’s husband Prince Harry – was in attendance at one point during the state visit, Meghan was nowhere to be seen.

He added that the official line was that Meghan was at home looking after baby Archie.

However, he said: “But then, the moment Trump had gone, Meghan suddenly popped up at the Trooping The Colour, in an open-top carriage, looking in radiant good health and with a permanently beaming grin.”

Calling the move “suspicious”, Piers commented that he thought the snub was nothing to do with her mothering duties and all to do with her dislike of the president.

He also added that Meghan had shown a “woefully selfish disregard for royal duty” and had put her personal feelings ahead of the good of the country she now serves.

He said: “By staying at home, then turning up all bright and cheerful the moment Trump left, she displayed a woefully selfish disregard for royal duty.”

Do you agree with Piers or was Meghan right to stay at home with baby Archie? Head over to our Facebook page @EntertainmentDailyFix and let us know!