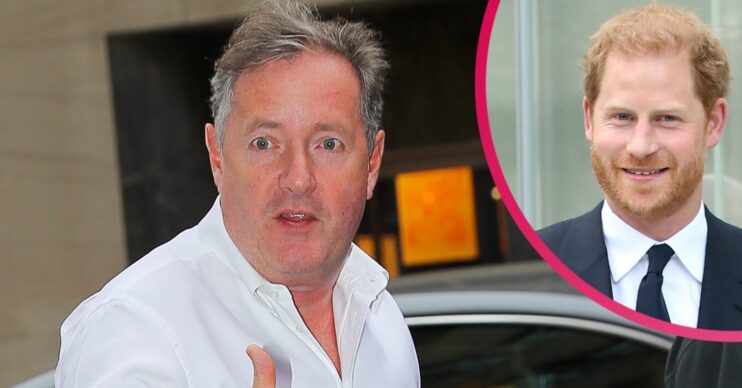 Harry and his wife Meghan Markle did not attend the event that was held today (March 29) in London.

They didn’t give a reason behind their decision, but Harry has launched legal action to get them police security during UK visits – something he was recently denied.

The couple lost the right to get protection from the Met Police after they stepped down as working royals in 2020.

As a result, the pair were the only close royal family members to miss Prince Philip’s memorial service.

A statement released on behalf of Harry said: “Prince Harry will not be returning to the UK for the Service of Thanksgiving for the life of Prince Philip on March 29.”

Former GMB star Piers Morgan, known for his dislike of Harry and Meghan, took to Twitter to once again bash the pair.

Imagine missing your mentor grandfather’s memorial service because you’re such a spoiled brat you’d rather sulk in your Californian mansion than be there to support your grandmother? Shameful.

He tweeted: “Imagine missing your mentor grandfather’s memorial service because you’re such a spoiled brat you’d rather sulk in your Californian mansion than be there to support your grandmother? Shameful.”

Meanwhile, the Queen looked emotional as today’s service of thanksgiving for the Duke of Edinburgh came to an end.

She walked into Westminster Abbey escorted by her son Prince Andrew, gripping her walking stick with her free hand.

Her Majesty’s health has been subject to debate recently, and some commentators suggested she looked “frail”.

One said: “Watching our Queen has just broken my heart. She is so frail but still so dignified. I really hope this isn’t the last time we see the Queen in public.”

“The Queen looks frail but I am glad to see her,” observed a second concerned fan.

Did you watch the Prince Philip memorial service? Head to our Facebook page @EntertainmentDailyFix and tell us what you think.