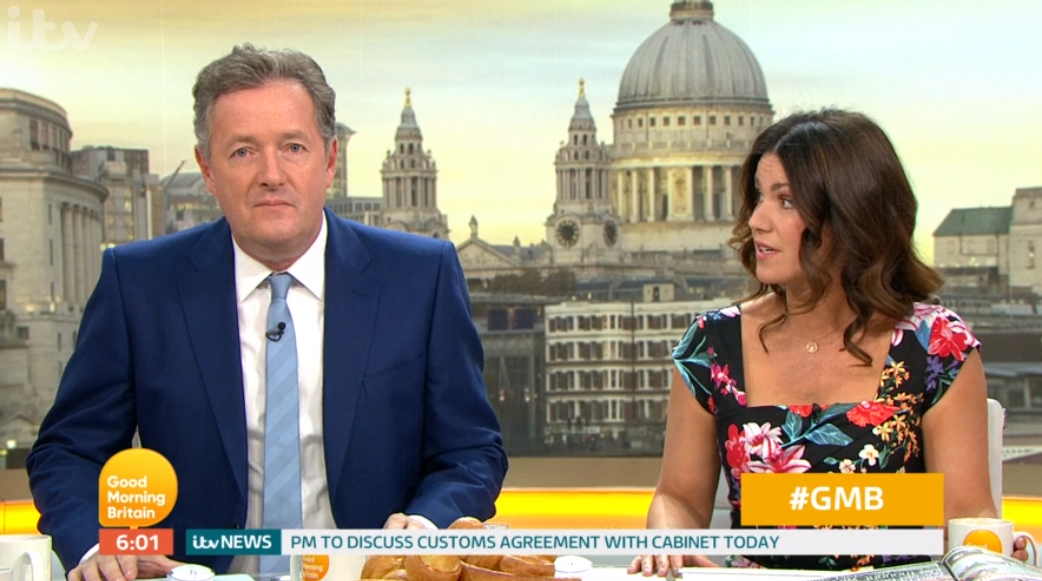 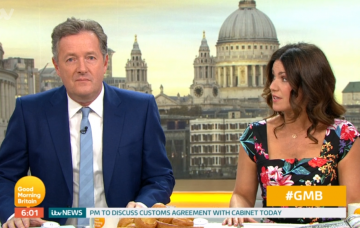 Piers Morgan offers to walk Meghan Markle down the aisle

Meghan's father is reportedly not attending the wedding

Piers Morgan has offered to step up and walk Meghan Markle down the aisle on Saturday.

The Good Morning Britain presenter made the suggestion amid claims Meghan’s father Thomas Markle will no longer attend the royal wedding.

Thomas, 73, has been at the centre of controversy this week after he was accused of liaising with a picture agency to pose for staged photographs.

Discussing the recent reports regarding Meghan’s father, Piers put his arm around Meghan’s wax figure and said: “Given events, Meghan, I’m going to walk you down [the aisle].”

“Well, say something,” he joked.

Susanna Reid asked: “Are you offering to step in?”

“Well, someone’s got to,” Piers replied. “What a mess. I know weddings are always fraught with tension and stuff but what a mess.”

The presenters then discussed their reaction to the staged images.

This week, Meghan’s father has been at the centre of claims he worked with a photography agency on staged photos showing him being measured for a suit and browsing pictures of Harry and Meghan at an internet cafe near his Mexico home.

Speaking about the possibility of Thomas not attending the nuptials, Susanna said: “There’s still four days to go.”

“Anything could happen,” Piers continued. “I don’t think there have been any other family members that have been invited other than her mother.”

“So we may now have the unprecedented thing of her mother walking her down the aisle,” he added. “Or, I step into the breach, which I’m very happy to.”

Samantha told the hosts that her father is “quite depressed” over the “series of events involving the media.”

Piers hit back: “You say this is all the media’s fault that he is now not coming to the wedding because of this, because the media has been treating him in a shabby way.”

But Samantha argued: “I think my father has really suffered at the hands of the media,” before calling the media “vultures.”

“There’s no bigger media vulture with this wedding than you.” Piers ranted. “You’ve been trashing her for two years, you little vulture.”

Meanwhile, on Monday, Samantha admitted she had been the one to suggest her father co-operate with a photographer to show himself and the royal family in a positive light.

Kensington Palace released a statement saying: “This is a deeply personal moment for Ms Markle in the days before her wedding.

Who do you think should walk Meghan down the aisle? Leave us a comment on our Facebook page @EntertainmentDailyFix and let us know what you think!