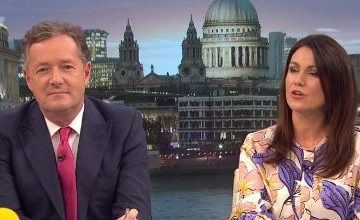 Fishing for that wedding invite?

Piers Morgan has offered Meghan Markle the chance to make amends with him ahead of her wedding to Prince Harry.

The cheeky broadcaster has often joked about how his blossoming friendship with Meghan fizzled out when she began dating the royal.

And that means he hasn’t received a coveted invite to their wedding.

Which is a shame, as joked he’s come up with a mischievous plan to disrupt proceedings.

Speaking on Wednesday’s episode of Good Morning Britain, Piers said there was still time for him and Meghan to get speaking again.

Well, if you were marrying a prince, you’d probably be a bit pre-occupied and looking for privacy too, right?

Piers said on GMB: “I followed her along with three other stars of Suits on Twitter and within five minutes she had replied saying, ‘Oh my God, I’m a huge fan, thank you for the follow!’

“That is how it started. That’s why I feel so heartbroken that Meghan has ditched me so callously.

“No more pub visits. I’m literally around the corner. I mean, she could pop down. We could put it right. I could get a front seat at the wedding.

“I could be that guy when they say, ‘Does anyone object?’ ‘I do! I thought I was that guy!’ My wife wouldn’t like it very much if I did, but you know…”

Susanna Reid then laughed: “Your wife is the most tolerant woman I know!”

Piers replied: “Even I would agree with that!”

Meghan and Harry will tie the knot at St George’s Chapel at Windsor Castle on Saturday, May 19.

So far there’s no word on which celebrities (if any) have made the cut, though it’s expected Meghan will invite some of her old Suits co-stars and pals including Serena Williams and Made In Chelsea’s Millie Mackintosh.

It was recently reported the Spice Girls had been invited after Mel B told a US talk show all five girls had got fancy invites in boxes.

However, fellow Spice Girl Mel C told Press Association this week she hadn’t received an invite and Mel B’s remarks had been jokes that got blown out of proportion.

Meanwhile, more than 1,000 members of the public have been invited to join in the celebrations, with the royal couple giving them special access to the grounds of Windsor Castle on the day.

Nearly 1,000 other people including employees of the royal household, charity workers and local schoolchidlren will also be given access. 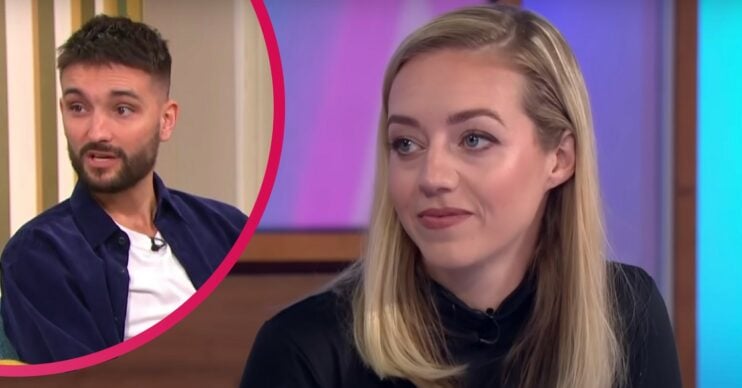