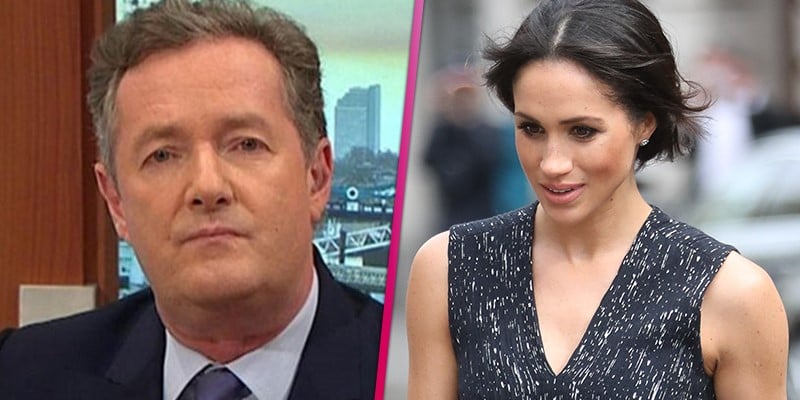 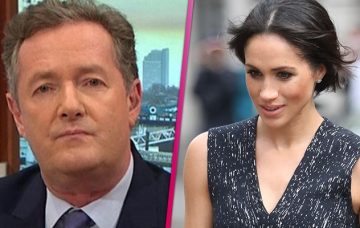 He told her to "be careful"

Piers Morgan has told Meghan Markle to “be careful” after it was revealed she’s been given the blessing of the royal family to fight for feminism.

The show posed the question: can a member of the royal family be a fighter for feminism, equality and justice?

Read more: Why was Meghan Markle’s bouquet placed on a grave at Westminster Abbey?

During the discussion, Piers said: “I like Meghan Markle and, so far, she hasn’t put a foot wrong.

“But it’s really difficult to go into the royal family with all their privilege and wealth and giving up your job and standing there preaching about feminists and equality.

“It’s not that she can’t be a feminist but it’s like hang on, you married a rich prince and you’re living in a palace, what can you really tell us about the battle for equality.”

He continued: “I think she needs to be careful because I made the point that the Queen is one of the most respected women in the world but we don’t know her views about anything.

“It’s almost impossible for Meghan Markle to do what she really wants to do.”

As the debate came to an end, Piers added: “If the Duchess of Sussex is watching this morning and your butler is serving your tea, good luck.

“If she does this in a smart way, then she’ll get away with it. If you over egg the souffle, don’t say I didn’t warn you.”

Piers’ comments comes after the Duchess of Sussex was given her own web page on the official royal website where it confirms she will carry out duties for the Queen.

She’s been given the blessing of the royal family to use her position to fight for feminism.

Her bio on the page includes one of her famous quotes from a United Nations conference in New York in 2015 when she said: “I am proud to be a woman and a feminist.”

Meghan has always been an advocate for feminism and even pushed for change when she was just 12.

During the United Nations conference, Meghan revealed she once wrote a letter to Hillary Clinton about Ivory’s ad for dishwasher soap, that claimed “women all over America are fighting greasy pots and pans”.

She demanded the ad change their phrasing from  “women” to “people” and it duly was!

Is it right for Meghan to champion feminist causes? Leave us a comment on our Facebook page @EntertainmentDailyFix and let us know what you think!