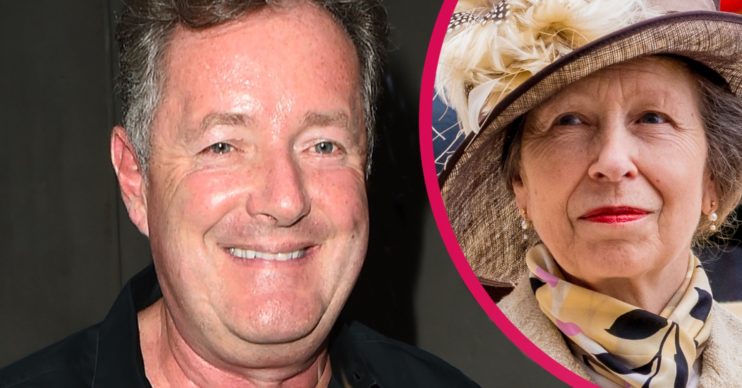 Piers Morgan is a huge fan of the Princess Royal.

Piers Morgan has hailed Princess Anne as the ‘unsung hero of the Royal Family’.

The Good Morning Britain star, posted a poignant tribute to the royal on her 70th birthday.

Taking to social media, Piers, 55, thanked the Princess Royal for her duty to the nation.

What did Piers Morgan say about Princess Anne?

“The most unsung hero of the Royal Family: modest, hard-working, tough as hell, dignified & worthy of great respect from the British public for the dedication & duty she has given this country.

One user reminisced: “I had the pleasure of working at Gatcombe estate caring for hers and Zara’s horses.

“She was out the door every day by 8am for a full day of engagements all over the UK and not back until late.

Worthy of great respect from the British public for the dedication & duty she has given this country.

After that, another user praised: “Great respect for this lady – no airs & graces, straight to the point with a natural beauty.”

To mark her 70th birthday, she starred in a one-off ITV documentary Anne: The Princess at 70.

The documentary went down a treat with viewers and explored her life achievements so far.

In addition, the documentary makers followed her as she helicoptered across the nation to fulfill her duties.

A royal aide estimated that she completes at least 500 royal engagements per year.

However, on the documentary Anne relieved her terrible kidnapping attempt ordeal of 1974.

She said on handling the debacle: “One thing about horses and sport is you have to prepare for the unexpected. You’ve got to think through the problems that are likely to occur.

“I suppose that was the discipline which to some extent coloured my thought processes.”

Addressing her some 8.2 million viewers, the photos are accompanied with: “New photographs have been released to celebrate the 70th birthday of Her Royal Highness The Princess Royal tomorrow, 15th August.

‪”The photographs were taken by John Swannell at The Princess’ home, Gatcombe Park, in February this year.‬”