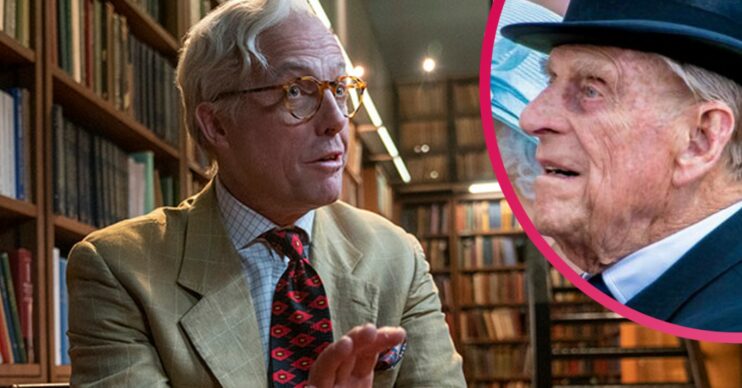 Her Majesty likely won't be watching....

Those watching Death To 2021 on Netflix have been left stunned over a joke about Prince Philip’s death.

The Duke of Edinburgh died peacefully at Windsor Castle at the age of 99 in April.

He had been married to Queen Elizabeth II for over 70 years.

Netflix series Death to 2021 is the latest in a series of annual shows that takes a satirical look back at the past year.

During the episode, the narrator makes a joke about Prince Philip.

“After the [Meghan and Harry Oprah] interview, Prince Philip withdraws from public life permanently, by dying,” says the show’s narrator.

“Millions watched the sombre funeral of his Royal Highness Prince Philip, the Duke Of Deadingburgh.”

Read more: The Queen agrees to service of thanksgiving to honour Prince Philip

As a result, fans of the royal are not happy, and many have taken to social media to air their grievances.

“They are wrong for this one,” one wrote on Twitter.

“They really called Phillip the Duke of Deadinburgh in that Death to 2021 thing,” said another.

A third added: “As if they referred to Prince Phillip as ‘The Duke of Deadinburgh’ on #deathto2021.”

“Death to 2021 is terribly brilliant and chaotic, the Prince Philip gag was maybe a step too far though,” said a fourth.

However, others found the remarks about the late Prince pretty amusing.

“Prince Philip withdraws from public life permanently… by dying. I am screaminngggggggggg this show is hilarious,” laughed one fan.

“Omg ‘The Duke of Deadinburgh’! They’re all going to hell!” exclaimed a third.

The show features the likes of Hugh Grant, Samuel L Jackson and Diane Morgan retelling the story of the year prior.