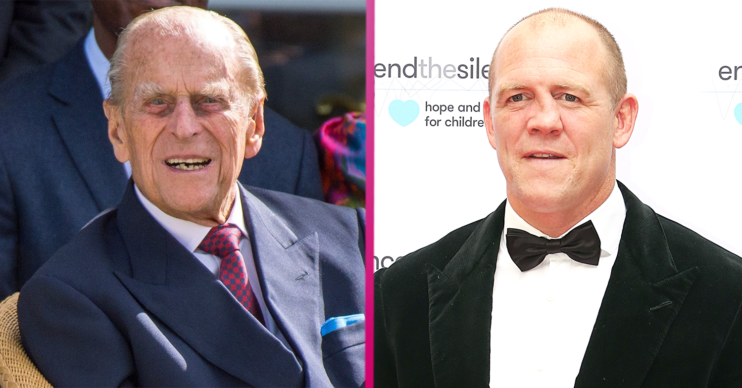 Duke of Edinburgh was laid to rest over the weekend

Mike Tindall has broken his silence about the funeral of Prince Philip.

Rugby star Mike was one of the 30 guests in attendance on April 17 because he is married to the duke’s granddaughter Zara Phillips.

Now, just days after Philip was laid to rest at Windsor Castle, Mike has revealed that he found the funeral “eerie”.

So what did Mike Tindall say about the funeral of Prince Philip?

Mike spoke about the funeral on his podcast, The Good, The Bad & The Rugby.

He said it had been a “difficult 10 days” since Philip’s death.

And also went on to break his silence about the funeral.

He said: “It’s been a difficult ten days.

“If I look back on the day, as eerie as it was with no crowds and social distancing, and the way everything was, I think it was the perfect day.”

Mike added it was “how he would have liked it, if that makes sense whatsoever”.

He continued: “There were eerie moments for the family.

“It could have been his hat on his carriage that he rides, his gloves, or the hat on his coffin and the sword, the bugle, the piper, there were a lot of things that brought home memories.

Read more: Why was Prince Philip buried in a lead-lined coffin?

“It was a sad day, but I think it was very well-run. He was very well looked after and hopefully he’s looking down and he was happy with the day.”

Mike on the Queen: ‘She’s amazing’

He also spoke about Her Majesty the Queen, who marks her 95th birthday today (April 21).

Ahead of the funeral, father-of-three Mike paid tribute to his grandfather-in-law by posting a sweet picture of Philip with Mike and Zara’s eldest child Mia.

He captioned the shot: “It’s been a very sad week but it has given us time to reflect on great memories and stories both personal and shared.

“A devoted family man who we will forever miss but always love.”

Head to our Facebook page @EntertainmentDailyFix and tell us what you think of Mike’s comments about the funeral of Prince Philip.