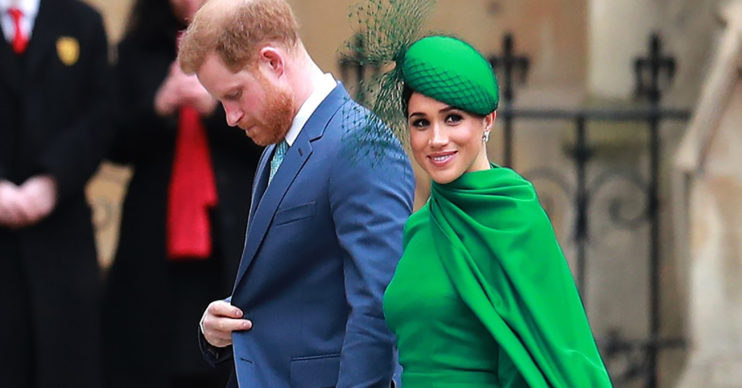 The book is due to be released in August

Meghan Markle reportedly wants the biography about her and Prince Harry‘s life to be released now.

The book will tell the couple’s “true story” and will be available to buy in August.

However, Meghan apparently wants the biography to be put out now to set the record straight.

The book is titled Finding Freedom: Harry, Meghan and the Making of a Modern Royal Family.

A source told the Daily Mail: “If Meghan had it her way, the book would be released tomorrow instead of three months from now.”

The insider said Meghan thinks the book will “finally set the record straight”.

Meanwhile, she thinks the book will show why they had “no other choice” but to leave the royal family.

Meghan reportedly wants readers to see “the genuine person that she is”.

She also wants to “shatter this image of being a demanding diva”.

According to the description on Amazon, the book will go “beyond the headlines to reveal unknown details of Harry and Meghan’s life together”.

It will “dispell the many rumours and misconceptions that plague the couple on both sides of the pond”.

Meanwhile, the biography is available to pre-order on Amazon now and will be released in August.

Meghan and Harry are currently living in Los Angeles with their one-year-old son Archie.

The family moved to LA after a brief stay in Canada at the end of March.

In addition, they also stepped down from their senior royal roles.

Meanwhile, reports suggest the couple’s shock departure from royal life will be made into a film.

A synopsis claimed the feature would centre on the Sussexes’ “controversial conscious uncoupling from the Crown, after the birth of their son Archie”.