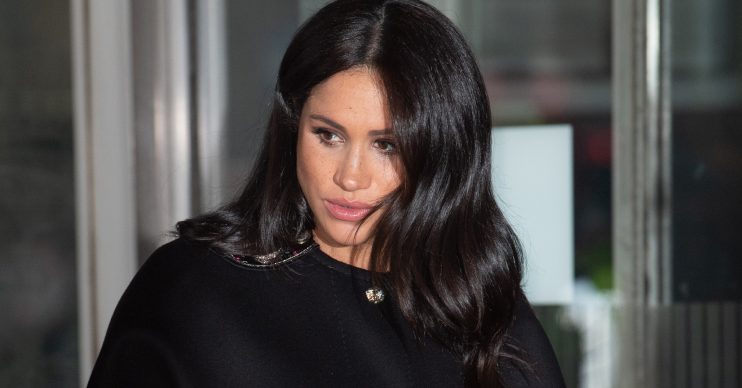 The internet has given everyone a voice...

While the majority of us have been delighted to share in the joyful news of Prince Harry and Meghan’s newborn baby, some die-hard conspiracists are still peddling theories about the tot on social media.

Back when news broke that the couple were expecting their first child in October, a small number of trolls accused the Duchess of Sussex of not really being pregnant, and suggested – apparently plucking the idea from thin air – that a surrogate was being used.

When the former actress appeared at an event in April, to mark International Women’s Day, her bump was placed under intense scrutiny by a vocal few, who claimed it was prosthetic, insisting they could see it ‘fold’ as she sat down.

Since the baby arrived on Monday, with the sweetest introduction from new daddy Harry, 34, the conspiracies have continued.

The unknown location of the tot’s birth, alongside the timing of the announcements, has given rise to some rumour-mongering.

On Monday afternoon, Buckingham Palace announced at 2pm that Meghan, 37, had gone into labour, but the baby had actually been delivered earlier at 5.26am, which was announced to the press a short time after the original announcement.

One suspicious royal watcher wrote on Twitter: “Secret location, no medical team, announcement of labour hours after the birth, Scotland Yard escort that not a single person saw… WTF? Are they having us on?”

In terms of the announcement, this could simply have been for the benefit of the American media, of course… it would have been 7am on the West Coast, prime time for high-profile breakfast television shows.

Further rattling their cages is the fact that Baby Sussex’s official birth notice outside Buckingham Palace didn’t include a signature from doctors.

Notices for all three of the Duke and Duchess of Cambridge’s babies were all hand signed by the medics present at their births.

Again, there could be myriad explanations for this…

Others didn’t like the phrasing of the announcement and managed to read something suspicious into that.

One social media lurker wrote: “Look carefully at the language, it gives a lot away.”

One postured: “The words ‘share the news’ implies the BRF [British Royal Family] was informed about the delivery rather than being a witness to the fact.”

It doesn’t actually imply, it’s what they personally have inferred from it…

While most people just didn’t bother engaging with the theorists, some argued back.

One wrote: “The logistics alone in trying to fake a pregnancy for 7 months would make it almost impossible to carry off.

Read more: CNN slammed for headline: ‘Who black will the royal baby be?’

“She’d have to be Houdini to fake a pregnancy for this long.”

In this age of social media, such a high-profile couple is always going to be at the centre of attention and speculation… positive and negative.

Thankfully, the arrival of Baby Sussex has been meet overwhelmingly with good will from the masses, eclipsing any such conspiracies.

Are you excited to see the baby? Leave us a comment on our Facebook page @EntertainmentDailyFix and let us know.