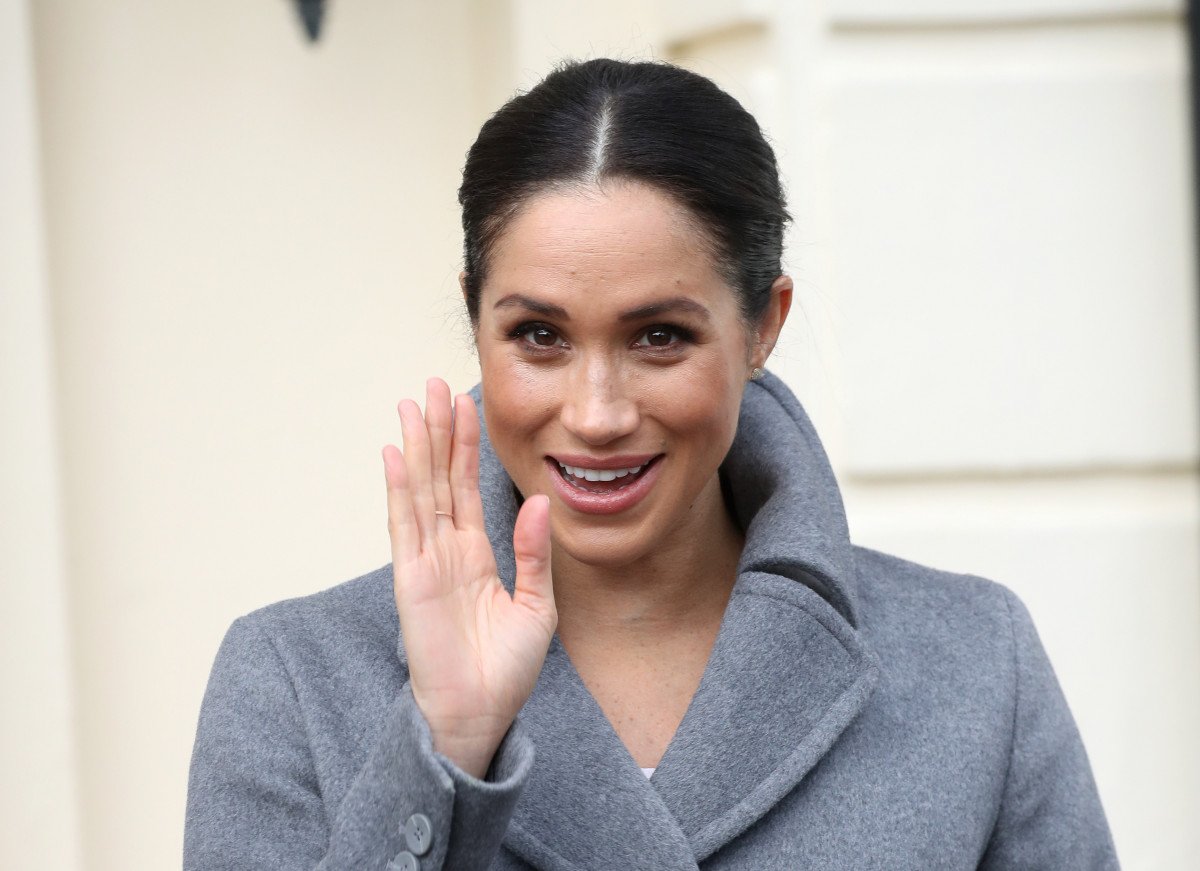 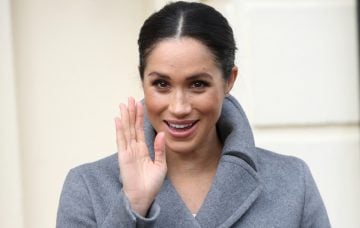 She wore a figure-hugging dress

The Duchess of Sussex showed off her growing baby bump on Tuesday as she visited Brinsworth House, also known as the Old Pros’ Paradise.

The nursing home in Twickenham and exclusively houses ex-entertainers and is managed by the Royal Variety Charity.

Meghan, who is expecting her first child with husband Prince Harry, met 70s heartthrob Richard O’Sullivan, who is most known for his role as Robin Tripp in the sitcom Man About the House.

Read more: Meghan Markle ‘in crisis talks’ about dad after he begs Queen to heal their rift

The star, 70, was enjoying a cuppa at the resident bar when Meghan walked in to say hello; he stood up to give her a hearty welcome.

Other famous entertainers who have lived at the residence are Sir Norman Wisdom, Dame Thora Hird and former EastEnders legend Leslie Grantham.

English actress Emily Perry, who passed away in 2008, also lived in the home. She was best known for her recurring role as Madge Allsop, Dame Edna Everage’s bridesmaid.

Australian DJ Alan ‘Fluff’ Freeman and comedian Charlie Drake also took up residence at the home before they both died in 2006.

She could be seen shaking hands with residents as one performer sang “It’s Beginning to Look A Lot Like Christmas”.

According to The Sun, Meghan told one elderly resident she felt “very good” while laughing and cradling her bump.

She added that she was feeling “very pregnant today”.

Meghan’s visit to the care home comes just days after her estranged dad Thomas Markle begged The Queen to step in and help heal their rift.

He said on Good Morning Britain on Monday: “I would appreciate anything she can do and I would think that she would want to resolve family problems.

“All families, royal or otherwise, are the same and should be together for the holidays.”

He added during the interview: “I’ve been trying to reach out to her for several weeks.

Do you think Meghan will have a boy or a girl? Leave us a comment on our Facebook page @EntertainmentDailyFix and let us know what you think.