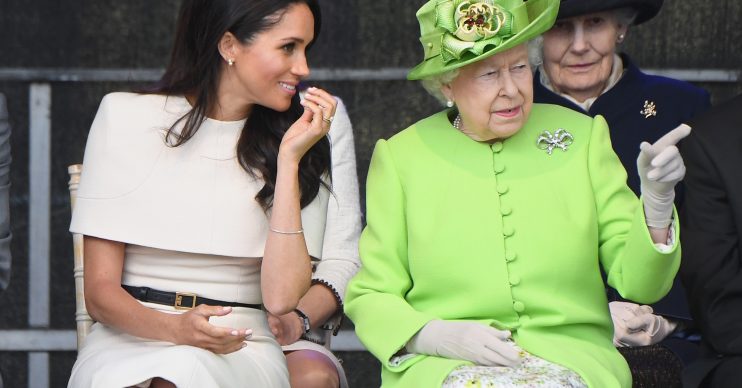 The Queen is said to have praised the Duchess of Sussex for the way she has dealt with the ongoing rift in her family.

Her majesty has allegedly expressed how dignified Meghan has been throughout the ordeal, which has seen her father Thomas Markle and her half-sister Samantha speak out about her in public.

Since her engagement to Prince Harry in 2017, Meghan, 37, has kept a dignified silence amid the circus caused by her relatives.

A source revealed that the Queen is impressed by Meghan’s strength and composure.

The insider told The Mirror: “The Queen is very fond of Meghan, as is Charles, and they both believe she has dealt with the situation in a dignified manner.

“The whole family is ­sympathetic on how much she has had to deal with.”

The Duchess, who gave birth to her first child with Prince Harry in May, has reportedly not spoken to her father since last August after she wrote him a letter asking him to stop talking about her in the media.

Meghan wrote that she felt “betrayed” by Thomas in the letter. He did numerous interviews about his daughter in the media and was involved in a photo set up with paparazzi.

Thomas didn’t walk Meghan down the aisle for her wedding to Harry last May, after he needed heart surgery days before the ceremony.

Harry’s father Prince Charles walked her down the aisle instead.

Meghan has since found a father figure in Charles, according to royal sources.

One insider told the Mail On Sunday that Charles has affectionately nicknamed the Duchess “Tungsten” (after Tungsten screws) because she is “tough” and “unbending”.