The Duchess of Sussex Meghan Markle had a fitting tribute to Princess Diana as she returned to work this week.

She's launched a new clothing range in aid of Smart Works, a charity she supports that helps women get back into the world of work.

Meghan was spotted on Thursday (12.09.19) wearing pieces from the new capsule collection along with some very special items of jewellery. 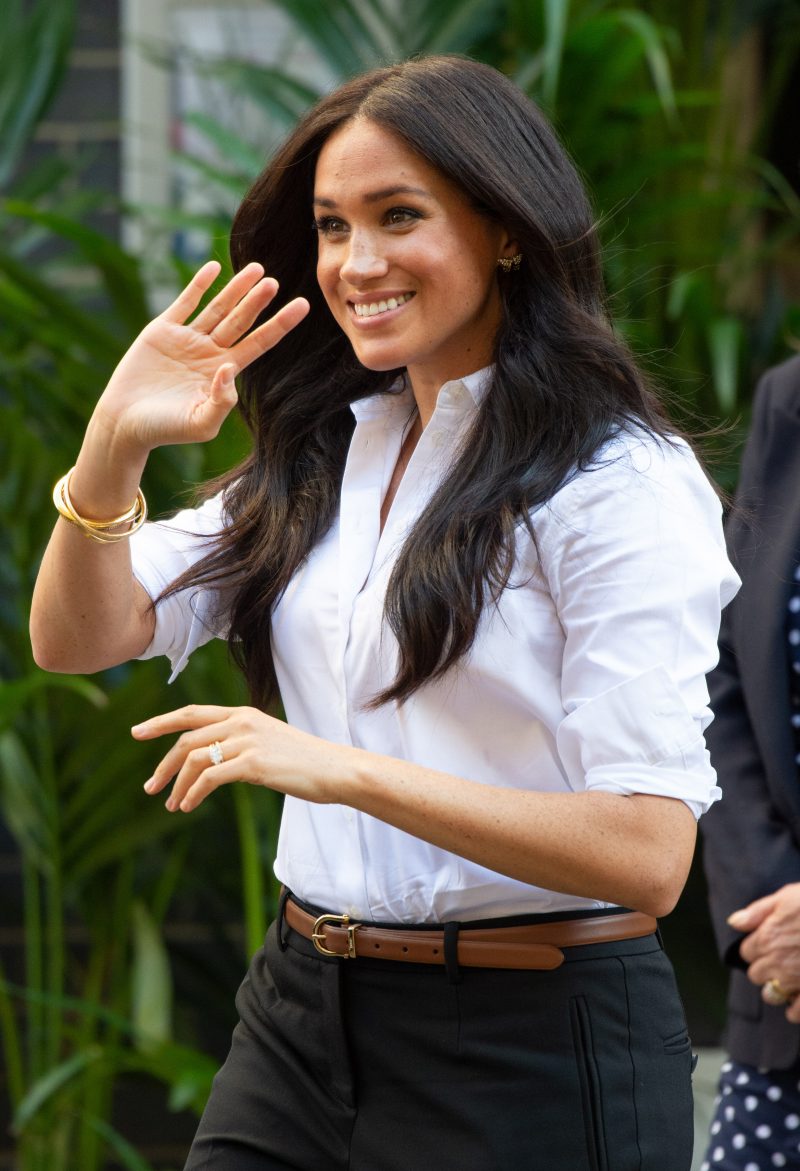 At the official launch event for her collection, created in partnership with Jigsaw, M&S and John Lewis, Meghan was seen wearing the shirt and trousers from the range.

But eagle-eyed royal fans noticed she also had on some pieces of jewellery belonging to her late mother-in-law. 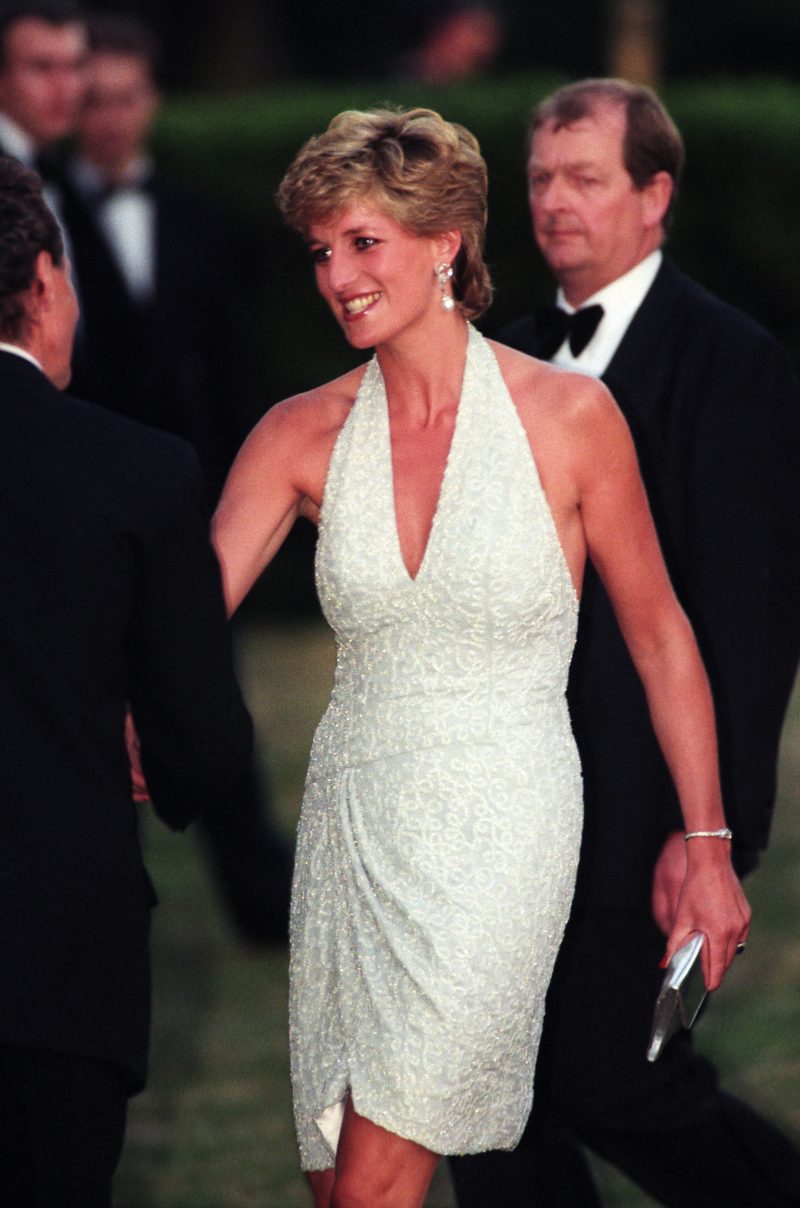 She wore some of Diana's jewellery (Credit: NOBLE/DRAPER / SplashNews.com)

She sported gold diamond earrings shaped like butterflies that Diana wore on several occasions, including her 1986 tour of Canada.

As reported by The Mirror, Meghan was also wearing a gold bracelet with blue stones that Diana used to love.

Meghan's return to work was discussed yesterday on ITV daytime talk show Lorraine, with a royal expert explaining that the collection launch was Meghan getting "back to basics". 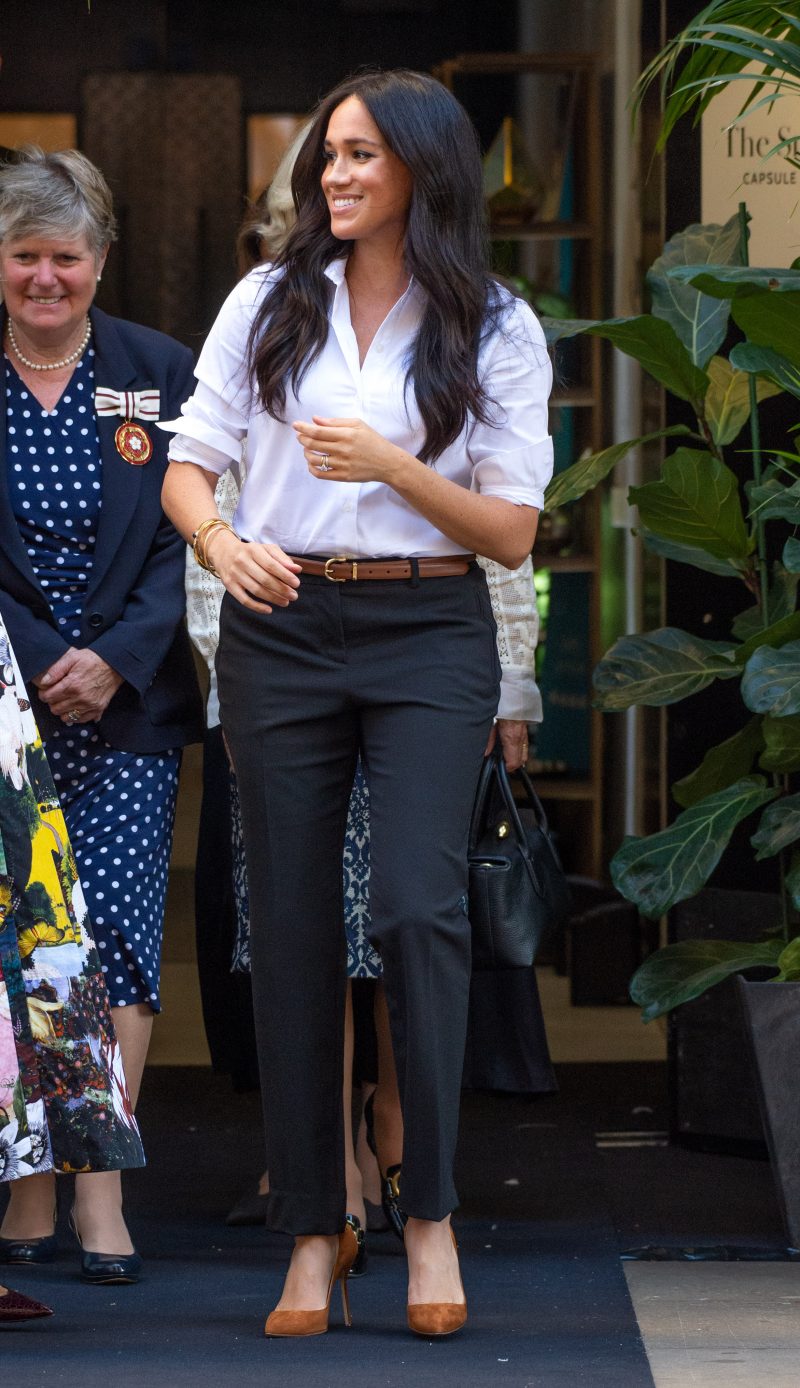 Meghan's a patron of the charity Smart Works (Credit: SplashNews.com)

Host Lorraine Kelly asked royal correspondent Russell Myers what the Duchess had planned and he revealed: "It is a big day. She's launching something called a capsule collection. [It's] to do with a charity she's a patron of called Smart Works.

"It's an amazing charity that helps women, who have been out of work for quite some time, get back into the world of work by giving them prep sessions. But the main gist of it is to fit them out with outfits!"

It's an amazing charity that helps women.

Speaking further, Russell said he sees it as Meghan "going back to basics" after she and husband Prince Harry were criticised recently over their use of private jets.

He continued: "This is what [Meghan] should be doing. She's really comfortable in the world of fashion [and] calling in some favours. One of her best mates is Misha Nonoo, fashion designer, who's designed this collection." 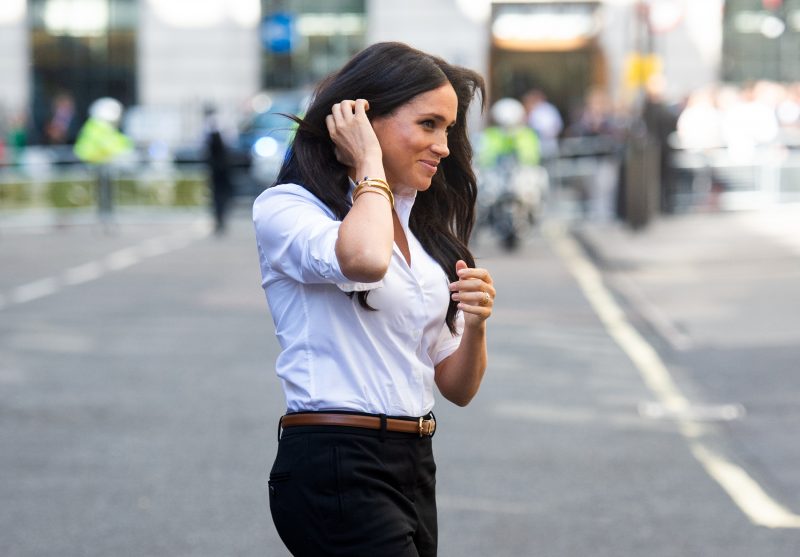 A royal expert said it's Meghan getting "back to basics" (Credit: SplashNews.com)

Launching in partnership with clothing retailers Jigsaw, John Lewis and M&S, the collection will be supporting Smart Works by making donations for every item sold.

Russell said: "They will donate something to Smart Works to be given to one of these ladies to go and get a job, feeling confident and feeling inspired."

Meghan's love of fashion is well known. This month, she guest edited fashion bible Vogue for a special trailblazers issue. 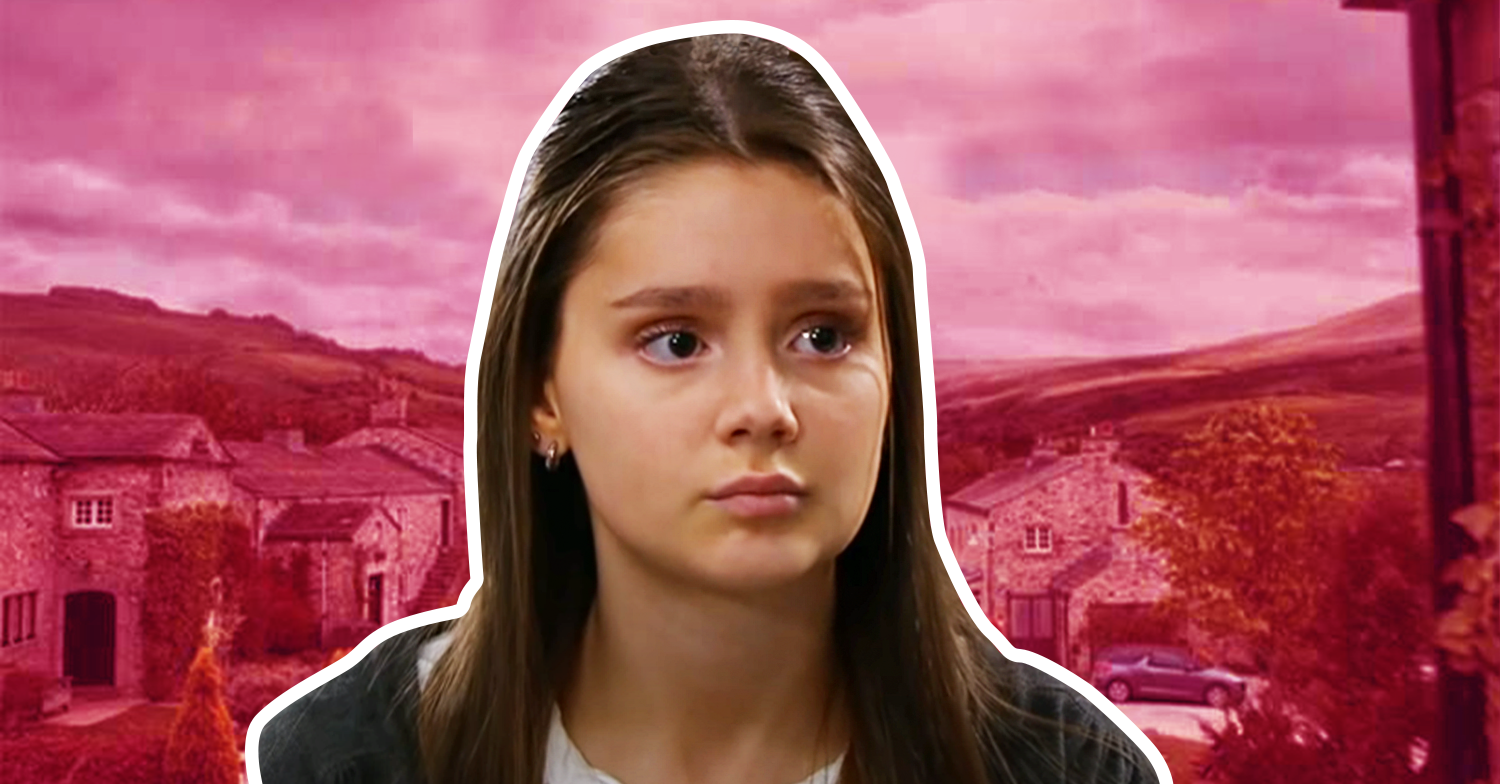 Emmerdale SPOILERS: Sarah in trouble with the police as she's caught stealing?