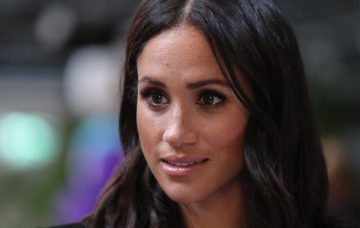 Meghan Markle’s PA quits only six months into the job

She's been dealing with all the headlines surrounding Meghan

Meghan Markle’s personal assistant, known only by her first name Melissa, has quit her job after just six months.

Kensington Palace has thus far declined to comment on the PA’s departure.

But, in what the Daily Mail is describing as a highly unusual move, a Palace source was authorised to pay tribute to the former employee.

“Melissa is a hugely talented person,” the source is quoted as saying.

“She played a pivotal role in the success of the Royal Wedding and will be missed by everyone in the Royal Household.”

Melissa would most certainly have had her hands full during her six months working with Meghan; she was tasked with looking after the ‘Markle debacle’… namely the Duchess’ loose-lipped family members.

The former Suits actress has suffered one embarrassing headline after another since her wedding to Harry in May was announced – mostly thanks to her family.

Most recently, her nephew Tyler Dooley spoke out ahead of his appearance in a new MTV show called The Royal World.

The 26-year-old marijuana farmer is reportedly close to Meghan’s father Thomas Markle Sr. – who posed for paparazzi photos weeks before the wedding and then pulled out of attending his daughter’s big day, because of ill health.

He has given several interviews, despite being estranged from Meghan.

Likewise, her half-sister, Samantha Markle, has also spoken regularly about her royal relation, particularly in the wake of Meghan’s pregnancy announcement.