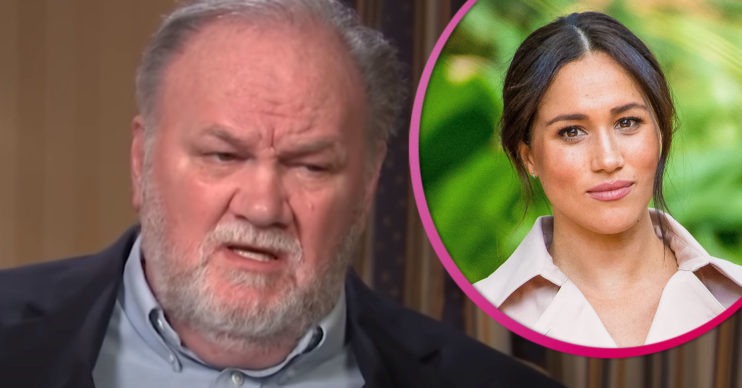 Duchess Meghan Markle’s dad has lashed out at her for “whining”.

Thomas Markle, 76, has been estranged from his daughter since before her wedding to Prince Harry in 2018 after the couple discovered he had colluded with the paparazzi.

What did Meghan Markle’s dad say?

He told The Sun newspaper: “This is the worst time in the world for them to be whining and complaining about anything – because people everywhere are suffering due to the coronavirus pandemic.

“I love my daughter but I really don’t appreciate what she’s become right now.”

Thomas also spoke about a passage from the book, published in The Times and Sunday Times.

It claims that Harry and Meghan “rejected” getting protection for her father after her romance with Harry got serious.

He said: “The fact the royals advised them to get me help and they refused to do it is incredible news.”

The retired lighting director pulled out of attending Meghan and Harry’s wedding due to ill health.

I love my daughter but I really don’t appreciate what she’s become right now.

He previously claimed to have been “ghosted” by his daughter.

He said during an interview on Good Morning Britain: “I’m not sure why it’s happening. I love my daughter very much.

“I wish she would reach out, send me a text, anything.

Thomas has also said his daughter has a history of “dumping” those around her.

He said: “My daughter dumped me one day before she got married.