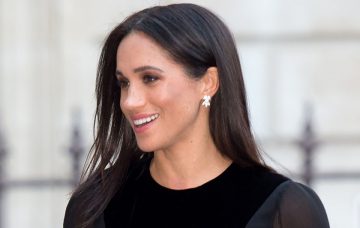 She will travel to Tonga and Fiji, which have a risk of Zika transmission

The Duke and Duchess of Sussex will not make any changes to their overseas tour following the announcement they’re expecting their first child.

There had been questions over whether Meghan, 37, would travel as planned to Tonga and Fiji, which have both been listed as countries with a risk of Zika, a virus that can cause severe birth defects.

However, Kensington Palace has confirmed no changes will be made to the royals’ itinerary for their first international tour as a married couple.

Read more: Why The Duke and Duchess of Sussex’s baby won’t be a prince or princess

A source added to The Mirror: “The Duke and Duchess sought medical advice about the risk of the Zika virus on the islands of Fiji and Tonga and there will be no change to the planned schedule.”

The Centers for Disease Control and Prevention lists the Pacific Islands as holding a risk of Zika and advises pregnant women not to travel to the areas.

The Foreign and Commonwealth Office also list Fiji and Tonga as areas that have been classified as having a “moderate” risk of Zika transmission.

Zika is mostly spread by mosquito bites and can be passed from the pregnant woman to her foetus.

There is currently no vaccine or medication for Zika.

Meghan and Harry, 34, are scheduled to arrive in Fiji on October 23 and have a jam-packed schedule including a State Dinner hosted by The President of Fiji, before moving on to visit Tonga, where again they’ll be kept busy.

Their international tour also takes in Australia and New Zealand.

Kensington Palace confirmed Meghan’s pregnancy hours after the couple touched down in Sydney to begin their mammoth tour across four countries.

Read more: The two clues Meghan and Harry were about to announce a pregnancy

Have you ever cancelled travel plans because of a pregnancy? Leave us a comment on our Facebook page @EntertainmentDailyFix and let us know.