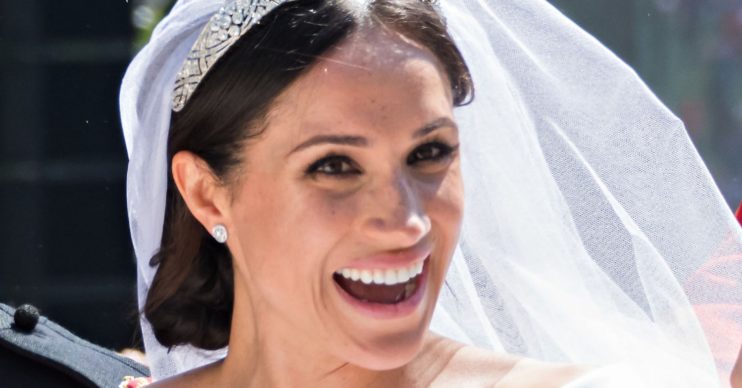 She tied the knot with Prince Harry in 2018

Meghan Markle reportedly took a subtle dig at the Royal Family in her wedding speech, according the authors of the biography Finding Freedom.

The Duchess of Sussex is said to have used part of a speech at her wedding with Prince Harry in 2018 to have a secret swipe at royal life.

What did Meghan Markle say during her wedding speech?

In Finding Freedom, authors Omid Scobie and Carolyn Durand revealed that Meghan highlighted how she hadn’t spoken in public before their big day.

According to the book, which hit shelves last month, an insider said of the moment: “You could literally hear a pin drop”.

The book explains how it was a “first for a royal bride”. It reinforced the notion that she is “no typical duchess”.

The source went on to call it a “special moment”.

They said: “For her to have been quiet for as long as she had, and then have this really safe space where she could give these heartfelt remarks, it was a really special moment.”

Since stepping down as senior members of the Royal Family in March, Meghan and Harry have embarked on a new life for themselves in the US.

The Duchess of Sussex gave fans a glimpse of their new home in California earlier this week, during a video call with clients of the charity Smart Works.

For her to have been quiet for as long as she had… it was a really special moment.

The call marked one year since the organisation announced the launch of The Smart Set Capsule Collection. Meghan treated royal fans to a sneak peak of the home she shares with Harry and their son, Archie.

The family recently bought an £11 million mansion in Montecito, California.

During the conversation, Meghan sat in front of a stunning fireplace featuring some artwork, a plant and light.

What did Meghan Markle wear during the Smark Works call and what did she say?

The mum-of-one wore her hair tied back in a ponytail and sported a white blazer.

She said: “People can say that so much of Smart Works is about the clothes themselves but it’s really not.

“All of that stuff is the exterior. But it’s what it does for you on the inside that ends up being the best accessory.

“It’s the confidence, it’s what is built within, that is the piece that you walk out of that room with and walk into the interview with.”