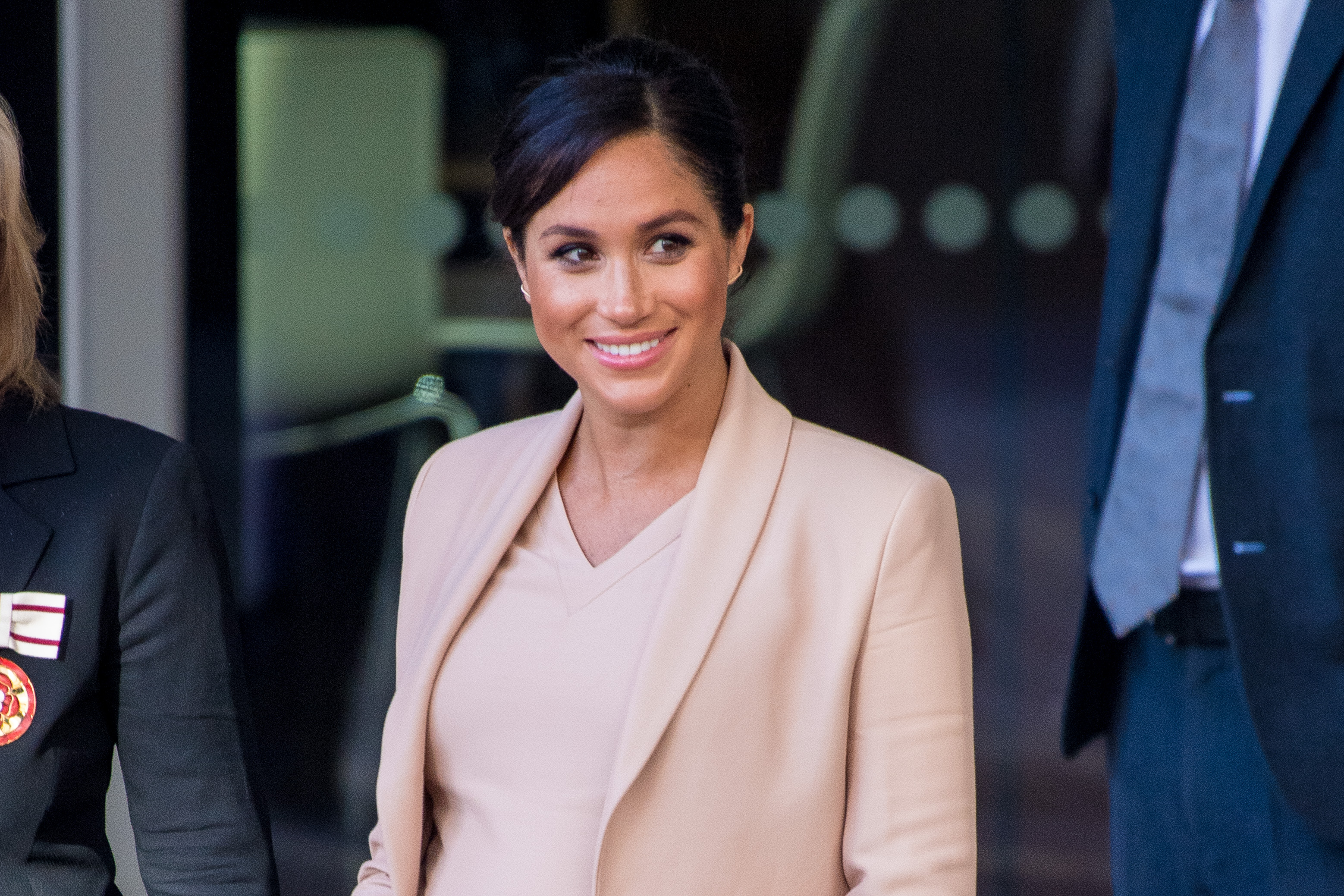 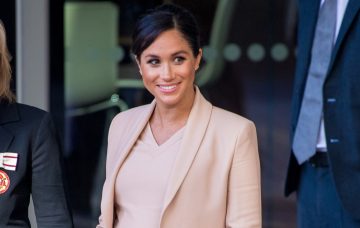 The Duchess was on a public engagement

The Duchess of Sussex showed her growing baby bump in on a public engagement to the National Theatre in London today (Wednesday January 30).

Meghan looked stunning in a nude blazer and bump-fitting dress as she attended the theatre for the first time since becoming its patron.

The former actress has taken over from the Queen who previously held the role for almost fifty years.

Director of the National Theatre, Rufus Norris, greeted her and she met with carpenters, metalworkers and other craftsmen preparing the sets.

Fans waited outside to catch a glimpse of the mum-to-be as she arrived at the theatre.

Meghan recently let slip her due date of her first child with Prince Harry.

The new parents-to-be are set to spend their first Valentine’s Day as a married couple apart though as Harry will be working away.

A source told Hello! magazine: “A lot of hours are being spent reviewing old material and moderating comments under posts. The Palace has always monitored comments but it’s a hugely time consuming thing.

“They can block certain words, but some of it is quite serious. Over the course of last year, with hundreds of thousands of comments, there were two or three that were violent threats.

“It’s something you have to manage because there’s no other way to control it… It follows a Kate vs Meghan narrative and some of the worst stuff is between Kate fans and Meghan fans. Arguments about who looks more appropriate, for example, that turn into personal attacks on other users.”

The backlash against the royals has led the publication to launch their #HelloToKindness campaign, which champions online positivity.

Are you excited for the new royal baby? Leave us a comment on our Facebook page @EntertainmentDailyFix and let us know what you think.