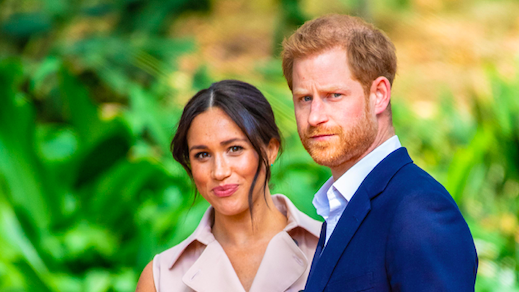 Meghan Markle and Prince Harry ‘turned down invitation to the Oscars’

The Duke and Duchess of York have reportedly turned down an invite to attend and present at the 2020 Oscars.

The report comes in wake of ‘Megxit’, which saw Meghan Markle and Prince Harry step down from their senior royal duties and relocate to Canada.

A source is reported to have told Hello! magazine: “They were honoured by the request, but declined the invitation.”

Here Harry was introduced by Meghan as the keynote speaker, and he went on to give a speech on the importance of mental health recognition.

During the speech he admitted that he had been in therapy for seven years to help cope with the untimely death of his mother Princess Diana.

They were reportedly flown by private jet to the coveted event from their new home on Vancouver Island Canada, to a luxury hotel in Miami, Florida.

Fellow celebrity power couple Jennifer Lopez and Alex Rodriguez also attended the banker’s summit, and according to Page Six, the foursome enjoyed a dinner together.

A source told the celebrity news source: “Harry and Meghan got on really well with Jennifer and Alex, and spent some time chatting with them over dinner.

“J-Lo was overheard inviting the couple and their baby Archie to her and Alex’s house in Miami to spend time with them and their kids.”

And while Harry and Meghan appear to have waved goodbye to their royal duties, the Queen may not be done with their services just yet.

A new report in the Sunday Times states that the Queen has requested that they return to the UK for a final royal engagement on March 9.

This day marks the annual Commonwealth Service at Westminster Abbey, of which government representatives from each of the 53 Commonwealth nations attend.

“After many months of reflection and internal discussions, we have chosen to make a transition this year in starting to carve out a progressive new role within this institution. We intend to step back as ‘senior’ members of the Royal Family and work to become financially independent, while continuing to fully support Her Majesty The Queen. It is with your encouragement, particularly over the last few years, that we feel prepared to make this adjustment. We now plan to balance our time between the United Kingdom and North America, continuing to honour our duty to The Queen, the Commonwealth, and our patronages. This geographic balance will enable us to raise our son with an appreciation for the royal tradition into which he was born, while also providing our family with the space to focus on the next chapter, including the launch of our new charitable entity. We look forward to sharing the full details of this exciting next step in due course, as we continue to collaborate with Her Majesty The Queen, The Prince of Wales, The Duke of Cambridge and all relevant parties. Until then, please accept our deepest thanks for your continued support.” – The Duke and Duchess of Sussex For more information, please visit sussexroyal.com (link in bio) Image © PA

Both Harry and Meghan attended last year, and Meghan was heavily pregnant with their son Archie at the time.

The newspaper’s report included: “The couple are expected to arrive in the UK with Archie, who will be 10 months old, for a final round of official engagements before returning to their new base in Canada.”

ED! has reached out to Harry and Meghan’s representatives for comment.

What do you think of these reports? Share your thoughts with us on our Facebook page @EntertainmentDailyFix.