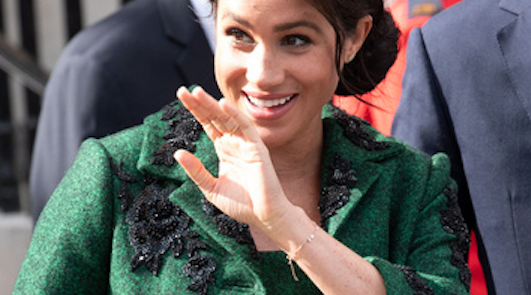 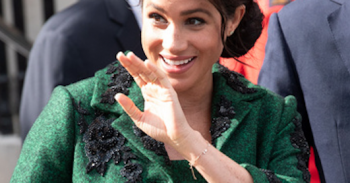 The Duchess of Sussex is reportedly planning a second baby shower in the UK.

Meghan, 37, is currently preparing for the arrival of her first child with Prince Harry and is said to be working on organising a second baby shower – possibly at Buckingham Palace – after previously enjoying a lavish event in New York.

That five-day bash came under fire from the likes of Piers Morgan. He claimed the Queen would not have approved of such an opulent celebration.

It was recently claimed that the Duchess of Cambridge, Kate Middleton, may throw Meghan another party to mark the upcoming birth – but a Sunday newspaper reckons it could be a relatively quiet affair.

A source is reported to have told the Mail on Sunday: “[Meghan’s mother] Doria is coming to a baby shower here. It will be a small gathering of five or six people.”

Some of Meghan’s closest friends, including fashion designer Victoria Beckham, are believed to be on the guest list.

According to reports, Meghan initially planned to stage the baby shower at Frogmore Cottage at Windsor, where she and the Duke of Sussex are poised to raise their child.

But due to renovation work it is thought the shower could be held at Buckingham Palace in London instead.

Meanwhile, it was recently reported that the Duke and Duchess are actively seeking a male nanny for their baby.

An anonymous source apparently explained to The Sun: “Hiring a ‘manny’ is far more common in the US – a nation that Meghan is more in tune with – than in the UK.

“She’s keen to introduce the royal family to what she considers a more enlightened, modern, American approach.”

They added: “He and Meghan have discussed nannies and both have open mind to a male nanny.”