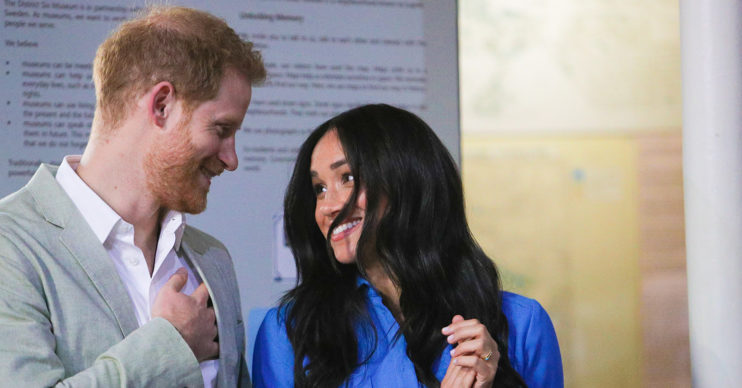 She turned their back garden into Botswana

Meghan Markle once turned her backyard into a recreation of the place where she and Prince Harry “fell in love”.

Prince Harry and Duchess Meghan celebrated their second wedding anniversary earlier this week. They were said to have exchanged thoughtful gifts including a “beautiful, sentimental message” written by Meghan for her husband.

And now, a source has said the touching present is nothing out of the ordinary for the couple. Meghan previously recreated their 2016 trip to Botswana in their backyard for Harry’s 35th birthday.

The insider told People magazine: “[They] always give each other incredibly romantic gifts.

“It’s a place that means so much to them – and to Harry in particular – so Meghan wanted to bring that happy place to him on his day so she set up a tent, got sleeping bags, cooked dinner and recreated Botswana where they fell in love.”

Prince Harry revealed in the couple’s 2017 engagement interview that he whisked Meghan, 38, away to Botswana after just two dates in London in 2016.

He said at the time: “And then it was I think about three, maybe four weeks later that I managed to persuade her to come and join me in Botswana.

“And we camped out with each other under the stars. She came and joined me for five days out there, which was absolutely fantastic.”

They told People: “Meghan designed Harry’s card, and handwrote a beautiful, sentimental message inside expressing her love for him.

“Harry surprised Meghan with a huge, stunning bouquet of roses and a ring, which she loves.”

Meghan and Harry are currently living in Los Angeles with their 12-month-old son Archie. The source said the couple were keen to celebrate their anniversary in a low-key way “without any interruptions”.

They added: “The most important thing to them was that they got to enjoy each other’s company without any interruption from the outside world.”