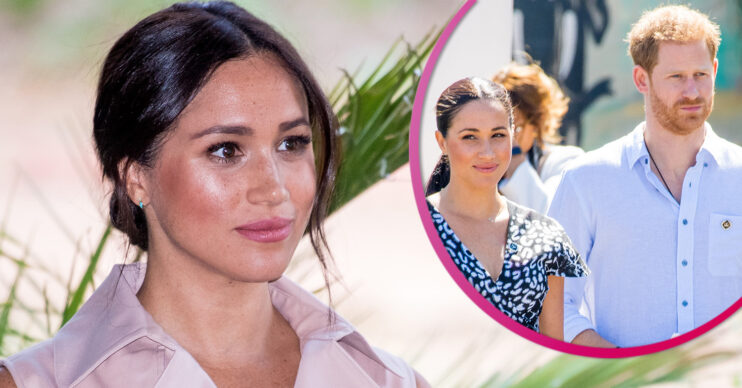 Meghan married into the Royal Family in 2018

In latest Meghan Markle news, the Duchess allegedly upset people in the early days of her joining the Royal Family.

Ms Junor claimed the Duchess of Sussex was “not as charming as she seemed”.

Ms Junor said in the documentary, which aired last night: “I was hearing very bad stories from early on that Meghan was upsetting people.

“She was not as charming as she seemed.”

In addition, she said: “I was appalled by the Oprah interview. These are not statements that should be made for public consumption.

“This is the sort of thing that should happen in the privacy of a psychiatrist’s couch.”

Meanwhile, Battle of Brothers author Robert Lacey claimed that Prince William felt Meghan had an agenda from an early stage in her relationship with Harry.

Lacey said in the documentary: “Someone close to William told me William felt from an early stage that Meghan had an agenda.”

ED! has contacted reps for Meghan and William for comment.

The documentary looked at the rumoured rift between the brothers.

The brothers’ relationship is said to have been strained for a few years.

However, things apparently became worse after Harry and Meghan stepped back from royal life last year and following their Oprah Winfrey interview in March of this year.

Last week, William and Harry reunited for the unveiling of a Princess Diana statue at Kensington Palace.

The statue honoured what would have been their late mother’s 60th birthday.

Harry and William ‘relaxed with each other’

Meanwhile, it was the first time the brothers have been together since their grandfather Prince Philip‘s funeral in April.

According to body language expert Adrianne Carter, William and Harry seemed relaxed and comfortable with each other.

Read more: Prince Harry news: Duke ‘to return to the UK for another Princess Diana memorial in September’

She told us: “Both William and Harry seem relaxed and not uncomfortable with each other.

“I didn’t see anything that could indicate there was trouble between them at all.”