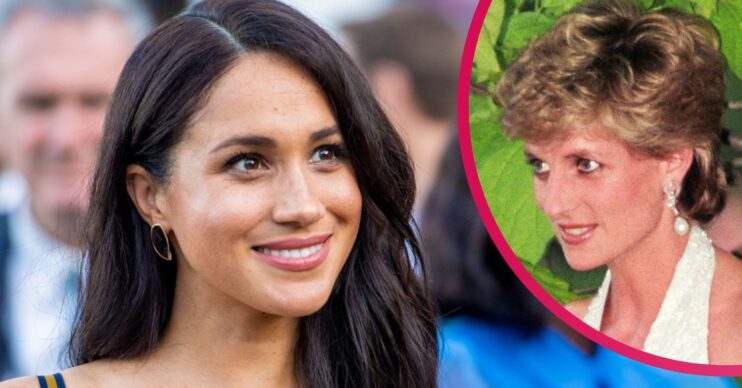 In latest Meghan Markle news, a royal expert has given his view on what Princess Diana would have thought of her daughter-in-law.

But royal biographer Andrew Morton believes the Princess of Wales would have “felt a real commonality of feeling” with Meghan.

Andrew appeared on Loose Women on Friday to chat about Princess Diana.

It comes as Harry has flown into the UK from his new home with Meghan in the US.

The Duke of Sussex will join his brother, Prince William, to unveil a statue of their late mother in London next week.

And, Andrew believes, had she been alive today, Diana would have had sympathy for Meghan.

Andrew compared both women’s experiences within The Firm.

“Diana would see a fellow spirit,” he said.

“After just a few months inside the royal family herself, Diana who was not biracial, was not divorced, was not America…was being called a fiend and a monster by newspapers.

“She was being accused of really ruling the roost at Kensington Palace, when at that time she was just trying to survive.”

He continued: “Fast forward to Meghan’s years… She too was struggling with depression and suicidal thoughts, just like Diana. There’s a remarkable symmetry here.

“I’m sure she would have felt a real commonality of feeling.”

Harry has worked with William to create a statue of their mother to commemorate the milestone.

But following his and Meghan’s bombshell interview with Oprah Winfrey, royal fans are waiting to see the pair reunite for the small ceremony.

It will be taking place at Kensington Palace’s Sunken Gardens.

So what has Harry ‘kicked off’ about?

However, Harry has reportedly banned a selection of media from capturing the ceremony and “kicked off at the idea”.

He has apparently asked that just one agency reporter, one photographer and one cameraman is present.

Harry has also insisted on an “international” cameraman. The Palace has apparently agreed.